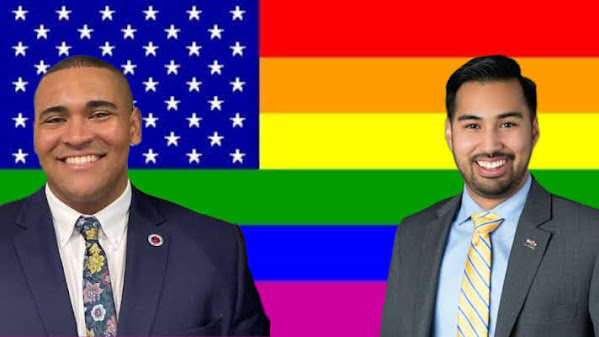 Because our TKC blog community doesn't care who people love or what they do with their junk, we want to point out a truism . . .

Even the most right-wing resident of Jackson County will give ANY politico a big ol' smootch if they promise to do SOMETHING, ANYTHING about the property tax crisis we're all confronting amid record-breaking inflation.

Justice Horn's camp hits Manny Abarca over his effort to prove himself an LGBT ally.

Right now we offer a peek at unfair criticism from Horn's campaign . . .

To her credit and in fairness we want to note that Gabrielle has taken & shared some AMAZING PIX of Justice Horn during this campaign so far and we're fans of her work.

Here's even more criticism from the Horn camp . . . 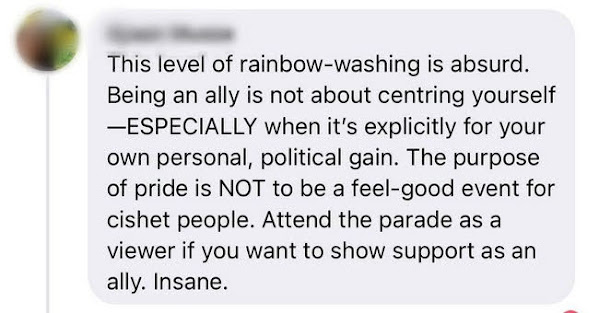 We didn't even know that "rainbow-washing" is a thing.

Here's more info on the Pride Week code of conduct for outsiders . . .

Urban List: Rainbow Washing Is A Thing, Here’s Why It Needs To Stop

"Rainbow washing, as defined by Urban Dictionary, is: “The act of using or adding rainbow colors and/or imagery to advertising, apparel, accessories, landmarks… in order to indicate progressive support for LGBTQ equality (and earn consumer credibility)—but with a minimum of effort or pragmatic result.” In layman’s terms, rainbow washing is when a business, conglomerate or other for-profit organisation uses the rainbow Pride colours to suggest to consumers that they support the LGBTQI+ community, without having to put in actual effort or produce a tangible outcome for queer folk. "

Sorry, but that's kinda interesting and it seems like quite a few politicos engage in this practice.

HOW CAN CAMPAIGNERS "SHARE THE LOVE" WITH THEIR LGBTQIAA+ (TGIF) CONSTITUENTS WITHOUT OFFENDING?!?!

Being an LGBTQ Ally

Sadly, the section on political campaigns is pretty light and we don't see anything wrong with just sending a shout out. Still, amid election season and the social media discourse . . . Getting feelings hurt is always likely.

The American economy continues to crush the working-class as local politicos debate the use of rainbows on social media.