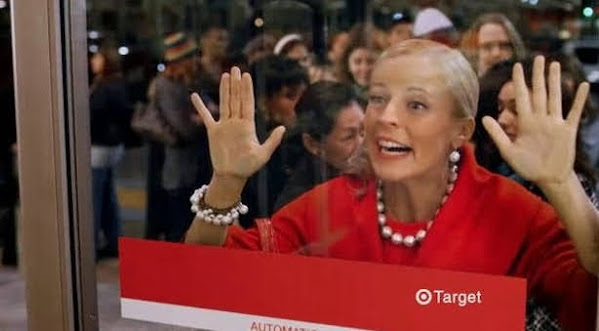 If they build this discount mecca . . . We should probably just countdown to a local looting spree and/or the flames that will ultimately destroy the building.

Target is nice but it's not exactly a "luxury" outlet. Moreover, recent social justice riots reveal that it's an easy . . . target.

Special thanks to our BEST & BRIGHTEST READERS who consider an alternative to the boring wares provided by Dillard's . . .

Both Target and Dillard's have discussed moving into the space, multiple sources familiar with the discussions have said. Target has considered opening one of its small-format urban stores there.

"We are continuously exploring possible locations for future stores, but we have no new stores news to share," a Target spokesperson said Wednesday.

For several months, doubt has percolated within the local commercial real estate community about whether Nordstrom still intends to relocate to the Plaza from Oak Park Mall in Overland Park. Plaza officials have explored different options for the planned Nordstrom location at 4720 Jefferson St, where multiple retail spaces in 2019 were demolished to make way for the retailer.

Bloomberg: How Target Got Cozy With the Cops, Turning Black Neighbors Into Suspects

Vox: Target’s history of working with police is not a good look right now