Painful admission and a correction in the coverage of this blog . . . We didn't think these two would make it.

But, in this instance . . . Our skepticism was unfounded.

It turns out . . . For world class hotties, slugging it out in this small market cowtown is totally worth it!!! Just make sure that all "prospects" have a contract worth 144 MILLION bucks!!!

Hosmer and wife Kacie are expecting a baby boy in September. The couple shared the news with a video post on Instagram set to the Lee Brice song, "Boy."

The video shows Hosmer sitting on a bed watching T.V. Kaci walks into the room and passes him a handful of pregnancy tests. He looks at them with a shocked expression before hugging Kaci as she holds a baby's onesie that reads "It's time for you to be a dad."

The next scene shows Hosmer smoking a cigar and toasting the news with a glass of champagne . . .

The announcement video also shows the sonogram when the couple found out the baby's gender, as well as the sound of his heartbeat.

The couple has had a lot to celebrate over the past few months. Hosmer married longtime girlfriend and former Kansas City reporter Kacie McDonnell on New Year's Eve.

I have no idea why this is trending via local news but it's a happy day and somewhere we're sure that Charles Barley is smiling . . . And probably gambling on some horrible long shot.

That makes us happy too. 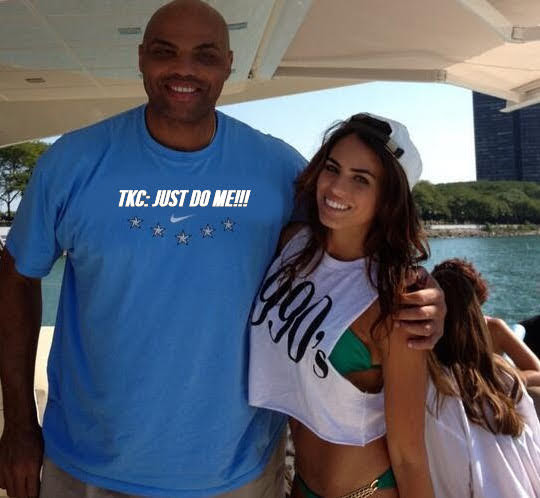 Eric Hosmer shares reaction after learning he'll be a father