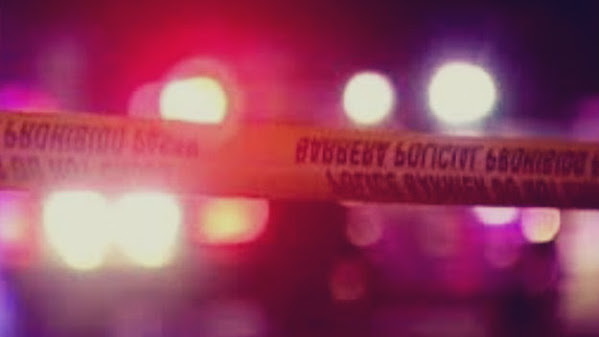 In this quick compilation we share some of the most relevant local news links on the topic of local crime, police action and threats to public safety.

We take special note of the worsening situation in the suburbs and human interest focused on recovery and hope.

BLUE SPRINGS, Mo. - Frustration is growing for some Blue Springs homeowners who say their property crime cases aren't being fully investigated. Vicki Briles said she's been the victim of multiple home invasions and thefts, and police haven't investigated any of them. "Our one incident personally cost us $30,000.

JACKSON COUNTY, MO (KCTV) -- According to the KC Crime Stoppers TIPS Hotline, 42-year-old Jerry Hood is wanted for a sex offender registration violation out of Jackson County. His original offense took place in 2001 in Marshall, Missouri. It involved the sexual assault of a child younger than 14 years old.

by: Brian Dulle Posted: / Updated: LAWRENCE, Kan. - The Douglas County Sheriff's Office is asking the public for help in an effort to locate a suspect who led deputies on a high-speed chase through Lawrence late last month. The sheriff's office said 48-year-old Tyrone "Ty" Leroy Alexander, of Baldwin City, ran from deputies on Dec.

PLEASANT HILL, Mo. - Pleasant Hill, Missouri, doesn't see many murders. An incident from this weekend has the small Cass County town talking, and a man who's familiar to police is behind bars, charged with murdering a woman with whom he lived. Police records show the body of 39-year-old Sara Maloney was discovered on Sunday afternoon.


Suspect in double killing in Kirksville in custody in Belton

KIRKSVILLE, Mo. - A Kirksville man charged with killing two people, including an 18-month-old child, and wounding two others has been arrested after 11 days on the run, police said. Anquan "AJ" Glover, 22, was arrested Monday by U.S.

A Kansas City man is facing three felonies in federal court after he allegedly posted video messages threatening his associates with a flamethrower on Facebook, leading authorities to discover several weapons, including an AR-15 style rifle, in his residence.

KANSAS CITY, Mo. - Lisa Rikli is thankful her daughter, Makayla, is alive after she was hit by a suspected drunk driver going the wrong-way on Interstate 29 early Sunday morning. The Missouri State Highway Patrol said the crash happened off I-29 near the Tiffany Spring exit just after 1:30 a.m.