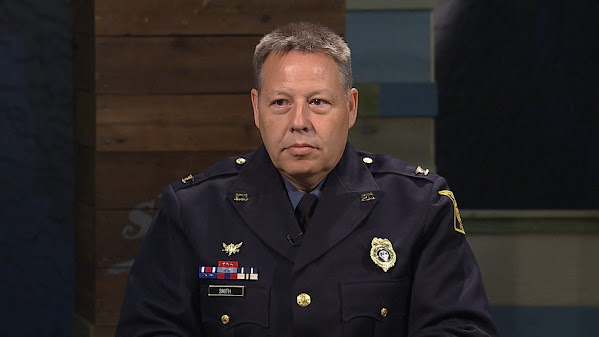 Today there was another road block to the newspaper lie that the Chief was 'forced out' by way of city hall deception.

"Kansas City Council members failed to reach a consensus Thursday on whether to jumpstart the process to replace Police Chief Rick Smith, who will retire next year but whose current leadership continues to be fraught with controversy."

Some Kansas City Council members want to search for a new police chief, but they don't have that power

The Kansas City Council rejected a proposal to spend $200,000 of city money for a nationwide search to replace Rick Smith as chief of police. The measure was introduced by Councilwoman Katheryn Shields, who acknowledged the chief reports to the Kansas City Board of Police Commissioners - not to the city council - but who wanted the city to have some role despite the lack of local control.

KANSAS CITY, Mo. - The Kansas City Council on Thursday voted down a plan that could have applied pressure and hastened the search for a new police chief. The proposal, in theory, would have supplied funding for a national search to find a replacement for outgoing Chief Rick Smith.