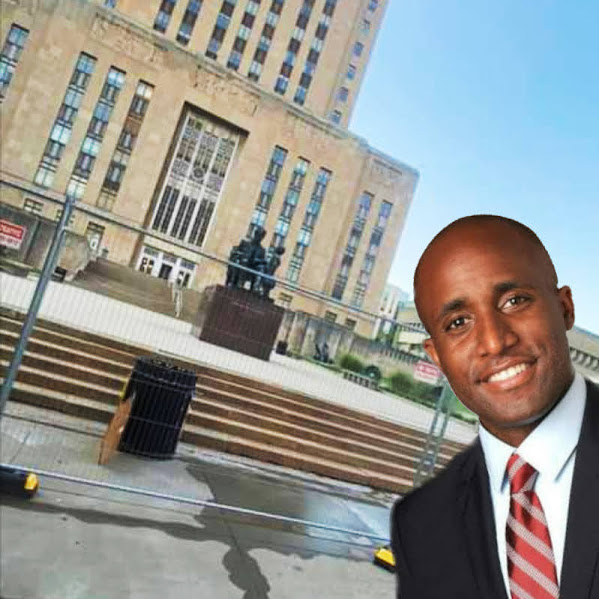 As the local homeless motel debacle quickly shuts down, Kansas City advocates clamor over a new barrier at 12th & Oak.

The official story is that the fence is needed to fix the old & busted parking garage.

Shortly after we posted this note the city updates their social medis with this message . . .

"You may notice new fencing around #KCMO City Hall’s south plaza area. Until we can repair the garage beneath the plaza, we want to avoid large gatherings. There have been no concerns expressed about a potential collapse—this action is out of an abundance of caution."

MEANWHILE, this theory is circulating . . .

"They are putting up a huge steel enforced fenced around the lawn to keep the homeless people from camping there . . ."

There is word that local homeless shelters are full and people are now being dropped off at parks.

At the outset of Summer the ranks of the "house-less" have surged and now this community has garnered valuable experience in applying political pressure to elected leaders and leveraging their plight in the media.