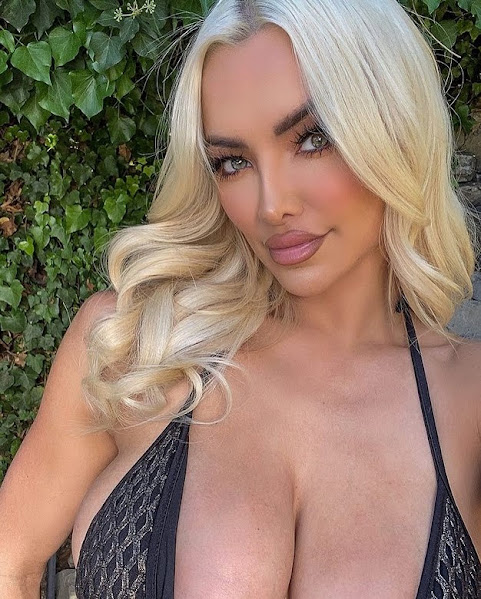 Check-it these links from our TKC blog community . . .

Moving Along After COVID

A donation to The Beacon goes beyond the newsroom. We amplify community voices, share resources and investigate systems, not just symptoms. The Beacon in your inbox. In-depth reporting delivered every Tuesday and Thursday morning. Toni Adams uses public transit nearly every day, but you'll never see her at a bus stop.

'I wanted to stay alive': Young homeowner robbed at gunpoint in KCK

KANSAS CITY, Kan. - A young homeowner says he was robbed at gunpoint Friday afternoon in Kansas City, Kansas. For this 21-year-old, his home on South 76th Street isn't only a labor of love. It's a loved ones' gift. It was passed down from his grandmother, so he made it his goal to fix it up.

KMBC file image SOURCE: KMBC file image Authorities were able to end a disturbance at the Clay County Detention Center Monday evening, according to the Clay County Sheriff's Office.The sheriff's office said that at 8 p.m., 19 inmates were involved in a disturbance and refused to return to their cells.Authorities said the Detention Emergency Response Team, and Special Tactics and Response Team were called to the jail and were able to quell the disturbance and return all inmates to their cells without injury or further incident.


Calling It Quits In Kansas

A Democratic state representative from Overland Park has resigned after one year in the Legislature. Jennifer Day announced her resignation from the 48th House seat on Monday. She won the seat in May 2020 by only 62 votes. A spokeswoman said Day was resigning because she is moving out of the district.

Senate Democrats are on track to suffer a stinging defeat Tuesday with Republican opposition expected to sink a voting and election bill that Democrats have made a signature priority, an outcome that will underscore the limits of the party's power with the narrowest possible Senate majority.

Sen. Kyrsten Sinema Monday doubled down on her defense of the Senate's legislative filibuster, declaring in a Washington Post op-ed that it is important to stop "repeated radical reversals" of federal law. Sinema, D-Ariz., and Sen. Joe Manchin, D-W.Va., have been the two most vocal Democrats in the chamber defending the 60-vote threshold for legislation, often attracting the ire of their more liberal colleagues.

WASHINGTON - The Biden administration planned to concede Tuesday that it will likely fall short of President Joe Biden's goal of partially vaccinating 70 percent of American adults by Independence Day, but insist it has "succeeded beyond our highest expectations" in returning the nation to a pre-pandemic normal.

The leader of a spurious church which peddled industrial bleach as a "miracle cure" for Covid-19 is claiming that he provided Donald Trump with the product in the White House shortly before the former president made his notorious remarks about using "disinfectant" to treat the disease.

Philippines' Duterte threatens to jail those who refuse COVID-19 vaccine

MANILA - President Rodrigo Duterte threatened to jail people who refuse to be vaccinated against the coronavirus as the Philippines battles one of Asia's worst outbreaks, with over 1.3 million cases and more than 23,000 deaths.

"When people are feeling insecure," Bill Clinton famously said, "they'd rather have someone who is strong and wrong rather than somebody who is weak and right." Clinton wasn't talking specifically about today's Republican primary voters, but the lesson applies.

Billie Eilish is breaking her silence after being accused of mocking Asian people in a recently resurfaced video on TikTok. User @lcxvy posted undated videos of Eilish in which the " Bad Guy" singer allegedly mocked an Asian accent. In another clip, Eilish appears to say the ethnic slur "c---k," referring to someone of Chinese descent.

Elephant crashes into a woman's home in search for food, as natural habitats shrink

A woman in Thailand found an unexpected visitor in her house in the middle of the night last weekend -- a wild Asian elephant.

Sex Sells, But How Well? The Viability Of Venture-Backed Sex

In a matter of days, a trio of lubricants-including one called "Tush Cush"-will appear on the shelves at thousands of Walmart stores nationwide. Walmart has been carrying products, including vibrators, designed to enhance sexual pleasure and upgrade the staid "family planning aisle" for a few years now.

The Unified Government Public Health Department is offering incentives to help boost a lagging vaccination rate for county residents.Starting Tuesday, people who live in the county and who get vaccinated at any UGPHD vaccine clinic can choose an immediate gift to take home, or be entered to win something even bigger.As part of the county's #IHelpedConquerCOVID incentive program, they have some pretty cool things to hand out for those choosing to be vaccinated.

Kansas City Chiefs quarterback Patrick Mahomes' comments about his offseason film review last Thursday caught the attention of some national analysts. "Every time you watch it, you learn and you realize all the different stuff you left out there on the field and how you could've changed games with different completions and just taking what's there or attacking at the right moments," said Mahomes.

An interview with SNL's Heidi Gardner and Ty Gardner on their ties to Kansas City, and Ty's Overland Park City Council campaign

KANSAS CITY, Mo. - As the number of new COVID-19 cases continues to rise in parts of Missouri, thousands of others are battling a different, yet similar, battle. The so-called 'long haul' or 'long haulers' with COVID-19. As a result, Truman Medical Centers, University Health has assembled a diverse team of experts for its new Center for COVID Recovery.

GOT A LOT OF ONES FROM YESTERDAY 55 DEGREES THIS MORNGNI COOL ENOUGH FOR MAYBE A JACKET. IT'S8 5 DEGREES IN BELTON 53 IN WARRENSBURG 54 AND MARSHALL, YOU KNOW, THERE'S SOME SPOTS THAT ARE CLOSE TO A RECORD LOW THIS MORNING NOW THAT HEAT DOES BUILD IN GRADUALLY THIS AERFTNOON OUR 12 HOUR FORECAST WAS SUNSHINE AND A STRONGER SOUTH BREEZE TODAY.

POLO & PAN — Ani Kuni is the song of the day and this is the OPEN THREAD for right now.