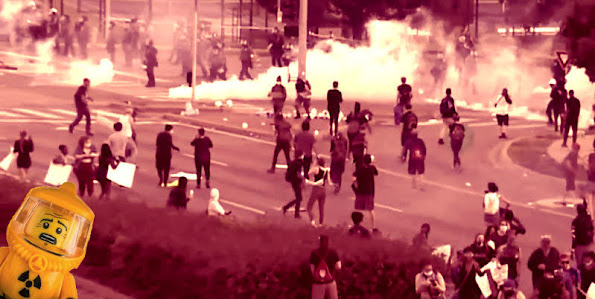 The newspaper offers suckers subscribers in-depth coverage, perspective and analysis from locals who took to the street because they were angry about what they witnessed on TV.

Sadly, some of the other damage from this "mostly peaceful" riot was downplayed.

Here's the newspaper's side of the story that wants even more amnesty that what was already passed by Mayor & council . . .

Christopher Bizzle leads Kansas City-based Black Rainbow, a group that regularly denounces police brutality. He could end up in jail for exercising his right to protest peacefully. The 23-year-old Kansas City man has been charged with trespassing and disorderly conduct in separate incidents.