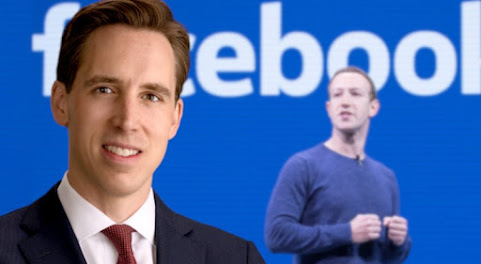 Whilst we respect the Jr. Senator . . . His crusade against "big tech" seems a tad silly if only because his new book is promoted via social media channels and for sale on Amazon.

Meanwhile, Parler never really became a thing despite so many unfulfilled promises from middle-aged white dudes that they would leave Facebook and find their own right-wing-friendly echo chamber.

Reality check . . . Social media of every kind is mostly just garbage wherein users willingly post bombastic opinions that might be used against them one day.

Still, the Senator's conspiracy theories merit some attention and serve to distract from real problems in Missouri that can't be solved by putting down your mobile phone.