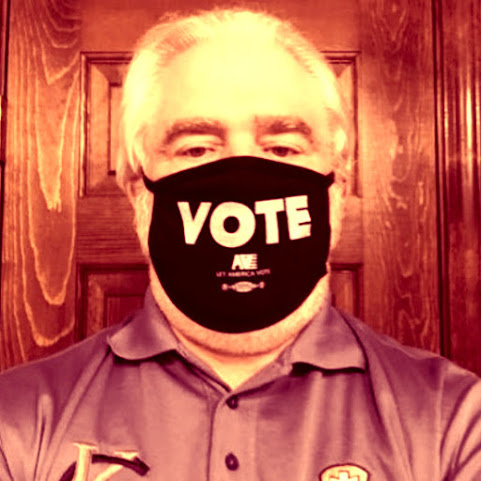 The so-called paper of record offers tribute to a controversial health honcho who announced his retirement this week.

Our KICK-ASS READERS broke the news. But here's the so-called paper-of-record attempting to control the narrative . . .

Thanks, Dr. Rex Archer. Kansas City would be lucky to find another leader like you

"His willingness to talk frankly about what was going well and what wasn’t earned him respect from institutions and individuals looking for guidance.

"He also took a lot of abuse from those who insisted falsely that the pandemic just wasn’t that big a deal."

THERE WAS NO MAINSTREAM VOICE IN KANSAS CITY CLAIMING THAT COVID WASN'T A BIG DEAL!!! INSTEAD, OBJECTIONS TO DR. REX FOCUSED ON THE POLITICIZATION OF HIS HEALTH ADVICE!!!

The best worst example is when Dr. Rex argued that Prez Trump should be locked up amid election season.

Legit criticism of Dr. Rex and City Hall noted that small biz was unfairly targeted and shut down whilst box stores made their own rules and were basically untouched by 12th & Oak.

The legacy of Dr. Rex deserves better reporting and op/ed journalism than just a polite cowtown thank you note. An honest discussion of objections would help the public pick make an informed pick on a replacement.