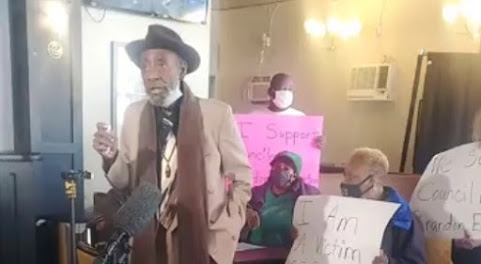 There's worthwhile Kansas City push back and a sign of renewed tension following scant deets over a "poking" charge from a longtime East die politico.

What's important to consider is that there's an going beef betwixt Councilman Ellington's supporters & Freedom, Inc. We thought they resolved the drama but it seems like tense feelings have resurfaced.

What a lot of local news missed and our readers wanted to point out . . .

Councilman Ellington conducted a press conference where he lays out his side of the story.

If Freedom, Inc. gets really angry there's a hint that they could recycle former councilman Jermaine Reed to push for an at-Large run. . . But we're hoping that they're not that desperate.

The 3rd District is now the site of A MAJOR POST-COVID HIPSTER MIGRATION AND GENTRIFICATION EFFORT UNDERWAY.

And so the future of this district could be dramatically shifting as downtown development is finally turning East in search of cheap land.