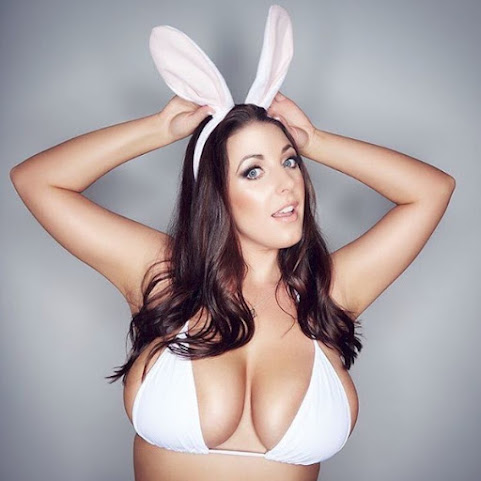 Right now we look toward multi-talented hottie Angela to remind us that NOBODY is beyond redemption and we all have our special part to play in this great mystery that is humanity.

Image courtesy of Knuckleheads KC Knuckleheads Saloon is preparing to reopen and take another shot at giving Kansas Citians a chance to enjoy live music in their space again. This time, they have set new rules that guests must follow at their venue going forward in live music's new normal.

One person is dead and three first responders are hurt after a crash lead to a car fire in the Northland Sunday afternoon.KCPD says the crash happened on northbound I-29 near I-435, not far from Kansas City International Airport. Police say two officers suffered smoke inhalation while trying to rescue the driver from the burning car.

KANSAS CITY, Mo. - While the COVID-19 pandemic halted traditional Easter plans in 2020, families in the Kansas City metro felt more comfortable being out and about Sunday. Asbury United Methodist Church in Prairie Village was among those that returned to in-person services, though they took place outdoors.

Former "throuple" pol Katie Hill says she is "depressed" and "nauseated" by reports that US Rep. Matt Gaetz shared nude photos of his sexual conquests with Capitol colleagues. Hill, who was forced to resign in 2019 after nude photos of her were leaked to the press, tweeted Saturday that the Gaetz scandal has her so freaked out, she won't leave her house.

Senate Majority Leader Chuck Schumer said Democrats will 'soon' pursue legalizing marijuana even if President Joe Biden remains against the move 'We will move forward,' Schumer told Politico. 'I want to make my arguments to him ...

Mindy Corporon has chosen not to listen to court proceedings during Frazier Glenn Miller Jr.'s recent appeal of his death sentence for killing Corporon's father and son at the Jewish Community Center in Overland Park, Kan., and a third person at a nearby retirement center.

Quiet weather continues as we wrap up this holiday weekend. Tonight will feature partly cloudy skies with temperatures in the low to mid 50s. Wind will continue to come in from the south leading to another warm afternoon on Monday. Highs will top out in the upper 70s close to 80 degrees.

As always, thanks for reading this week, hopefully we'll have more links, jokes, stories & snark for the Monday morning update and this is the OPEN THREAD for right now.

don't forget to vote for the e-tax and stick it to the johnson county stingy, greedy suburban skum.

Rumor has it China Joe has passed on President Cameltoe to be sworn in on Monday.

Yes vote for the etax and let the city burn it in a cash bonfire at 18th and Vine and give the firefighters a better cut of steak.

^^^ fun fact; policemen make more money than the firemen do, people don’t realize that policemen average about $10,000 more a year than firemen.

It’s time to go after them as well. Just thought you’d like to know that.

Most firefighters have so much free time on their hands between naps that they have side businesses they run during their work day at the fire station.

"Captains" is plural. Name at least two Captains who have sold guns illegally.

Fire department has already called dibs on the 195 million


FYI..KC has to actively recruit Police Dept candidates...whilst there's a mile-long line of people wanting to get in on the greedy Firefighters Union slob scam..

Asked to explain how she reached the head of her class, Angela said that she was a good listener and excelled at oral communication!!!

" the Gaetz scandal has her so freaked out, she won't leave her house."

However, if that keeps her inside, everyone's better off.

Katy Hill? This from a woman who preyed on her aides for sexual relationships. Did Matt Gaetz suck anyone into a throuple. We’re naked pictures of him posted on Reddit? Her outrage means nothing.