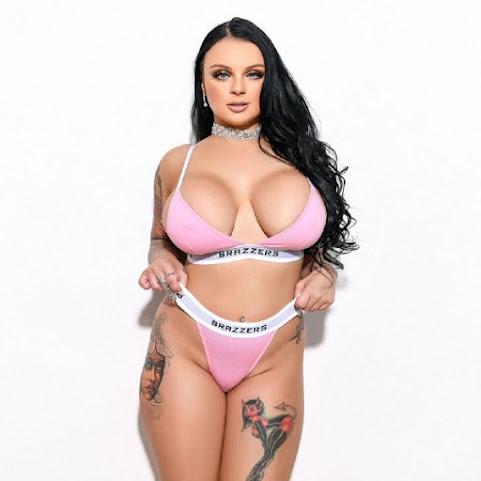 Right now pro pr0n hottie Payton reminds us that merch is a big part of an industry that continues to grow more mainstream every day. And so the commerce of the flesh trade inspires another peek at pop culture, community news and top headlines.

PCs for People addresses next steps in closing digital divide

KANSAS CITY, Mo. - School districts had to quickly adjust their curriculum to teach in a virtual setting after the pandemic hit a year ago. One of the biggest issues COVID-19 shed light on was the digital divide. Lack of computers or access to high-speed internet was a challenge for many students and families in the area.

The market is valuing Kansas City Southern more highly than it did pre-pandemic. I write put options, but the market price is too far above reasonable strikes to make it worth the effort.

KANSAS CITY, Mo. - Gas prices have moved up steadily in the past few weeks, and experts predict they will remain higher, but steady, through the summer. AAA says Americans are paying 14% more at the pump compared to February. Following last month's winter storm in Texas, the national gas price average jumped nearly 40 cents to $2.86.

President Biden is reportedly planning to include the first major tax hike in close to 30 years in the next economic spending bill set to follow his $1.9 trillion coronavirus relief package.

Biden is boxed in on immigration as migrant children crisis continues

President Joe Biden is facing growing political tension, including from within his own party, over his administration's strategy on the US-Mexico border as officials race to address the number of children crossing the border alone.

France, Germany, Spain and Italy joined several other European nations in temporarily halting the use of the Oxford-AstraZeneca Covid-19 vaccine on Monday over concerns that the shots may be linked to an increased risk of blood clots. But experts say no causal link has been identified so far, and they cautioned that the suspensions may wind up doing more harm than good.

The motive of a shooting that has left four people dead, including a child, is being pinned on an argument over (and one person's alleged entitlement to) stimulus money. The shooting took place in Indianapolis this past Saturday.

LP tells PEOPLE what she wants listeners to learn from her latest track: "Live, enjoy and love hard because you just never know when you're going to be taken away for whatever reason" On Thursday, the star released an all-new music video - which features actress and friend Jaime King - for her latest track, "One Last Time."

Bay Vanithbuncha and her husband, Chatchai Pinthuprapa, have dreams of opening bubble and milk tea stores across the U.S., with their eyes on Chicago, Miami and the San Francisco Bay Area. But for their first flagship location of Bruú Café, they decided to open in the middle of the country.

KANSAS CITY, Mo. - Some shelters help people who are homeless or houseless, and other rescues take in lost or stray dogs and cats. Angel Heart Rescue takes care of both. Marie Kissick and her mother, Alice, visit people living on the streets and in camps every weekend.

A Storm Track 5 Weather Alert is posted to begin our Tuesday due to dense fog. Dense fog and very low visibility expected through our morning rush hour today. Clouds will hold strong with a 20% chance for a light rain shower today. High temperatures will climb to near 55.

LP - One Last Time is the song of the day and this is the OPEN THREAD for right now.