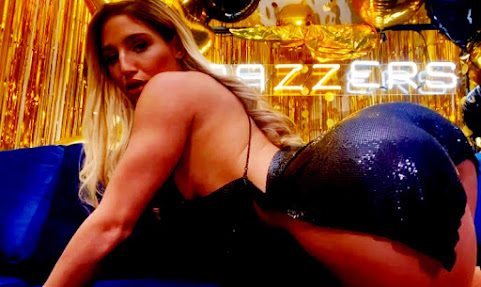 Right now we share the promo work of a rising star pr0n hottie as we take a peek at community news, pop culture and top headlines.

In late summer, Gregory Cushman came down with a severe case of COVID-19 that left him fatigued and sick for four months. He feels certain he knows where and when he got it: during the first week of fall semester classes at the University of Kansas, as he presented his three-hour history of disease graduate seminar in a lecture hall on campus.

OVERLAND PARK, Kan. - The father of a slain Overland Park police officer filed Wednesday afternoon to run for a seat on that community's city council. Scott Mosher, 66, is the father of Mike Mosher, who was killed in the line of duty in a gunfire exchange with a hit-and-run suspect last May.

One of the many ways we may recognize a true artist is by their taking of a muse. In writing to his assistant and lover Camille Claudel, an accomplished sculptor in her own right, the artist Auguste Rodin said, "I can't go another day without seeing you.

The FBI and Department of Homeland Security predict violent domestic extremists attacks will increase in 2021, according to a report obtained by Axios. Driving the news: The joint report says extremists have discussed plans to take control of the Capitol and "remove Democratic lawmakers" on or about March 4.

Of any Democratic senator asked about the issue, Sen. Mazie Hirono (D-Hawaii) went the furthest. Although sheput trust in the attorney general's investigation, she suggested that "there may come a tipping point with regard to Gov. Cuomo where he should resign."

WASHINGTON - The head of the DC National Guard told Congress Wednesday he was "stunned" as senior military leaders refused desperate pleas to send in troops to quell the Jan. 6 riots at the Capitol.

The White House raised eyebrows on Wednesday when it suddenly cut the feed of a virtual event after President Biden said he was "happy to take questions" from Democratic lawmakers. Accompanied by House Speaker Nancy Pelosi, D-Calif. and the House Democratic Caucus, Biden addressed lawmakers on the topics of COVID relief and the ongoing vaccine rollout.

Whose house? It's her house. Kim Kardashian, as part of her divorce from Kanye West, will keep the 15,000-square-foot Southern California mansion that the former couple purchased in 2014, TMZ reported. Kardashian and West shelled out $20 million for the spread, located in Hidden Hills, then sank another $20 million into a massive renovation that West himself reportedly spearheaded.

Restaurants hit hard by the pandemic are finding new ways to hang onto customers and attract new ones.

According to a report from Sports Illustrated's Albert Breer, the NFL will be considering a significant rule change that could have a substantial impact on the league - and particularly on Kansas City Chiefs offensive coordinator Eric Bieniemy.

A lot of sunshine for your Thursday

WALKING WEATHER. NOT BAD. THIS EVENING LOOKS GOOD. 67 IN THE NEXT HOUR. FALLING INTO THE 50'S BUT NOT DRAMATICALLY. DON'T REALLY THINK YOU NEED THA COAT ANYTIME SOON. TEMPERATURES, BACK INTO THE 30'S. SOUTHWEST WINDS TURNING MORE SOUTHERLY AT FIVE MILES PER HOUR.