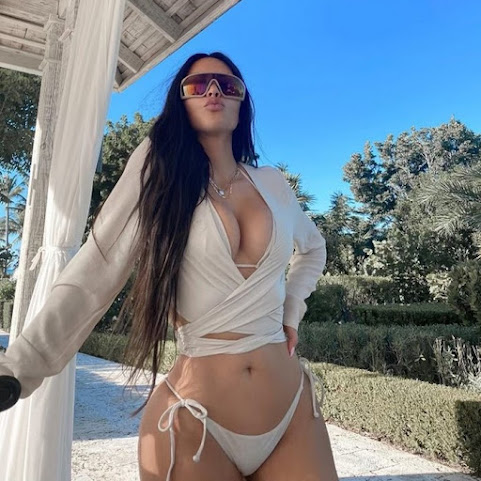 It's more of a brunch bunch of pop culture, community news and top headlines inspired by longstanding hottie Kimmie and her enduring hotness . . . Take a peek:

KANSAS CITY, MO (KCTV) -- If you thought "porch pirates" were only a problem during the holidays, think again. A thief was caught in the act recently - not once, but twice -- in Kansas City, Missouri. Surveillance cameras captured a suspect wearing his Royals gear and a covering over his face.

KANSAS CITY, Mo. - From the aisles to the registers to curbside pick-up, working at ALDI can be fast-paced. "You keep very busy. The customers are very appreciative. There is always something to do. There's no downtime and people enjoy that," said Mark Bersted, the Olathe Division Vice President of ALDI.


Power To The People

A measure to help Kansas residents with high utility bills was passed Wednesday by lawmakers.The bill passed the Kansas House Wednesday morning. It passed the Kansas Senate in the afternoon. It's an indicator of how serious Topeka considers this problem. Gov. Laura Kelly signed it Wednesday evening.The measure is designed to help the small, locally-owned utilities.

KUWTK: All Of The Books Published By The Kardashians & Jenners

What you might not know about these media personalities is that they've all been involved in the publication of a book at one point or another. The Kardashians and Jenners are well known for their social media statuses and reality TV show, Keeping Up with the Kardashians .

The Biden Relief Bill: Who Gets What : The Indicator from Planet Money

"We have got to have constant intelligence on domestic terrorists, have to track their possible efforts to again repeat what happened on January sixth and I think that's what you're seeing now, is an abundance of caution to make sure that we are properly prepared to react, if in fact any group attempts any kind of armed attack again on the United States Capitol," he said.

TV: Cancel Culture Sinks "The Bachelor" to Lowest Ratings of This Season and Second Lowest of All Time After Racism Scandal Explodes

Home Television TV: Cancel Culture Sinks "The Bachelor" to Lowest Ratings of This Season... I didn't see it, don't ask me to figure out what happened. But "The Bachelor" fell to its lowest rating of this season and second lowest of all time on Monday night with "The Women Tell All."

Several orangutans and bonobos at the San Diego Zoo have received an experimental COVID-19 vaccine developed specifically for animals. They mark the first known non-human primates to get the shot. An orangutan named Karen, who made history in 1994 as the first ape in the world to have open-heart surgery, was among those to get the vaccine, according to National Geographic.

Lady Gaga's Former Lower East Side Apartment Is Available to Rent for $2,000 a Month

The singer previously revealed that she'd lived in the apartment for three years before she was launched to stardom following the release of her first album, The Fame Monster Lady Gaga's former Lower East Side apartment is on the market! The unit, located at 176 Stanton Street, is available to rent for $2,000 a month.

Zach Romey grew up in the Northland and now his Colorado-based company is a big seller of medical marijuana edibles.

Why signing Jarrod Dyson makes sense for the Royals

On Tuesday, the Kansas City Royals had their fans feeling nostalgic, once again. After four years apart, the Royals brought back outfielder Jarrod Dyson on a one-year, $1.5 million deal. The 36-year-old spent last season with the Pittsburgh Pirates and the Chicago White Sox - where he slashed .180/.231/.180 with six stolen bases in 32 games.

Picture perfect weather for your Thursday KC! Mostly sunny skies are expected all day with temperatures climbing to 73 for an afternoon high. Chances for rainfall look very slim to none for the next 5-6 days. We are tracking a 20% chance for a quick light rain shower on Friday, but most are expected to stay dry.

Billboard #1 in 2011 Lady Gaga - Born This Way is the song of the #TBT song day and this is the OPEN THREAD for right now.