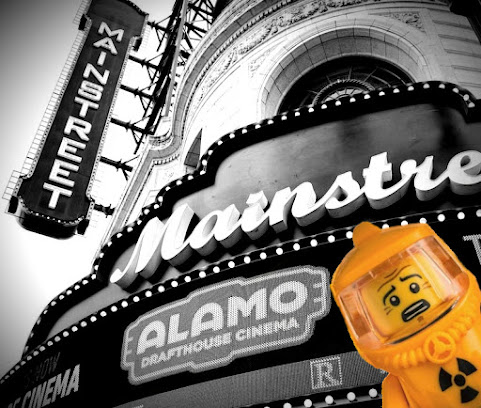 The "momentum" of Kansas City inside the loop takes another devastating hit this morning . . .

"Last March, we temporarily closed Mainstreet along with every other Alamo Drafthouse location. Nearly a year later, we’re incredibly sad to tell you that because of the ongoing impact of COVID, we will not be reopening Mainstreet."

Even New York City has allowed theaters to open at limited capacity but KCMO isn't close to lifting some of the more draconian local restrictions.

Moreover, and this is the important part . . .

Waddell & Reed pulling out of the loop was bigger news for the local economy but this move still stings given that a major movie chain operating in the newly revitalized downtown P&L District was touted as a major sign of progress.

Given the reality of the cinema biz, this movie house closing isn't such a big deal but overall we're seeing more jobs and developments abandoning the KCMO urban core amid an overall hostile environment for developers.

And so, the last picture show plays inside the loop at the pandemic and Internets technology claim another victim.

This business was always doomed.

Lucas kills another one.

It was doomed the moment it opened in Downtown KC. Put this in JoCo or even Blue Springs or Zona Rosa it might still be around today.

^^Then why didn't it close the moment it opened in Downtown KC instead of lasting 20 years???? idiot.

@9:59-and yet there's nothing in Zona Rosa because everything there closed. What happened? Your logic and narrative is stupid.

Whippersnapper Weenie is back on the board.

It hasn't been down there 20 years fucking idiot.

^and yet it was the AMC before the Alamo, and that was down there since 2000 so...in essence it has. Simp.

The Alamo declared bankruptcy today, and part of the agreement with it's creditors, was closing some of it's underperforming theatres. KC just happened to be one. That's the story. Anything else is projection or ignorance of which, this blog has plenty.

Lucas should be embaraased. He needs to resign. Kansas City has record homicides, homelessness and business closings. Anyone else noticed the new homeless tent city in Westport? It is getting bigger by the day. Let's see how long it is there until Lucas finally does something about it.

^^No. I didn't notice because like you, I don't really care. Unlike you, I have a life and better things to do. You don't.

I imagine Wrecks Archer somewhere in the background, laughing maniacally, reveling in the destruction he has wrought. Buwahahaha!

Half the time the homeless are walking in the middle of the main road by their Westport tent camp nearly getting hit by cars? Actually if you had a life and left the house you would notice. Weird.

If they do come back to this town, it will be in Joco. Not KC Proper.

Why would the mayor resign over the bankruptcy of a movie chain?

Businesses are abandoning Kansas City like rates on a sinking ship. It's almost like they know something and it's only going to get worse. 😏🍿🥨

Yes!!! More parking downtown for everyone! Keep closing them businesses!

Yes, Dumbit, it's Kansas City's fault a national chain went bankrupt. From this we can conclude your knowledge of cause and effect is limited, so thanks for that.

and yet the streetcar STILL works and is soon to be expanded. Weird.

Yes, 12:02, it's the streetcar's fault a national chain went bankrupt. Thanks for stupidly chiming in.

That makes about zero sense, Cletus.

When you have more businesses leaving a city than coming in it is the fault of the city for the conditions causing that situation, especially when it is the city that dictated the conditions causing those businesses to shut down. Laugh it up all you want. Reality is going to pay Kansas City a visit very soon and she's a bitch! It will take at least a generation for KC to recover from this mess that they created if that's even possible. That reputation of being unfriendly to business is going to be very hard to get rid of. 😏🍿🥨

^^You don't live here so you don't know, and who cares what an outsider has to say about it? Bye bye loser. Go back to Belton. LOL!

^Belton CHUD. You need to go there.

Man the chucklowes get testy* when they don't win an election don't they?


* storm the Capitol and kill police testy, that is.

Q. CLUELESS kills another. He's the Cummo of KC.

Too many like you talking out of their asses who don’t know shot. You must be a Democrap.

There is no lower slime on this planet than Quinton Lucas. Yes, he should resign, but narcissists always stay until they completely implode and are forced out. Case in point: Cuomo.