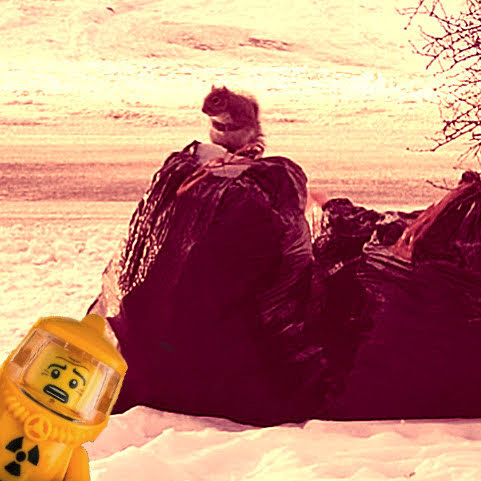 For about two weeks locals heap one bag of trash onto the next and hope in vain that Kansas City picks up the worsening mess.

BY MONDAY SOME KANSAS CITY NEIGHBORHOODS WILL HAVE THREE WEEKS OF TRASH STACKED UP!!!

Of course allowances can be made given the recent arctic temperatures but there's simply no denying the growing mountains of garbage that need to be collected.

The situation is worse from Westside to Brookside with some of our Red Bridge, Paseo and Waldo neighbors chiming in on the crisis as well.

The city has warned that trash pick up will be "slow" but didn't say that it wold come to a complete halt.

For the most part the record-breaking cold has kept the trash safe from animals. Now, with temperatures warming up, the trash is starting to thaw as well. If KCMO doesn't pick up the garbage removal pace expect critters to create an EPIC mess on local streets and the stench to pollute neighborhoods.

sorry, no money in the budget for it.

I wonder how the mayor is going to blame this on Trump and the Republicans.

Couldn't stink up those neighborhoods any more than they already are.

^^^^ Shut your pie hole. You live in Belton. You should be accustomed to bad smells for your fat wife and all of the toxic waste parson dumps on you.

My trash in the suburbs got picked up just fine.

Has anyone ever heard of burn barrels?

"BY MONDAY SOME KANSAS CITY NEIGHBORHOODS WILL HAVE THREE WEEKS OF TRASH STACKED UP!!!"

And yet they'll survive. Weird.

The city screwed up this weeks trash pickup in my neighborhood, if they knew before the weather was going to set them back a day, they should have let people know. My entire end of town was expecting pickup but the dumbasses at city hall didn’t tell anyone that it wouldn’t be.

4:47 not the point moron, the point is the city, like depends spokeswoman joe biden, fucks up everything they touch.

I agree with the leaves part, but burning trash is more sanitary than letting it pile up attract rats

Lol @Hazmat Lego guy... fitting. Yeah, the trash pick up folks barely work when its nice outside. I literally sit in my car to watch and make sure they pick up the trash. It’s a damn shame. Folks who claim to be from Kansas City but live in the suburbs are oblivious to the struggle of real Kansas Citibank’s who have to put up with this shit.

I literally sit in my car to watch and make sure they pick up the trash.

You need a better hobby.

Since City Hall won't pick up the trash then the trash needs to be delivered to City Hall.

Another epic fail by our communist mayor.