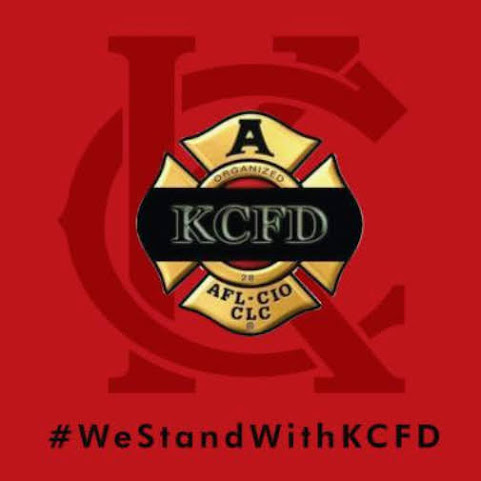 To start this year there have been political attacks launched at first responders and a city hall crackdown that's still under way.

Still, the rank & file answer the call to help those in need.

Accordingly, and with help from our TKC readers, here's a story that was tragically overlooked amid the politically charged news cycle . . . Check-it . . .

"Kansas City firefighters from stations 18, 17 and 35, rescued four children yesterday at the 3700 block of Askew yesterday.  Zero coverage in the media."

What's important here for Sunday night . . . As the newspaper plays up racial divisions and political disputes, lifesaving KCFD work to save the residents of the urban core contradicts the mainstream narrative and proves that people from across the entire spectrum of Kansas City are more than willing to sacrifice in order to help one another.

Expecting the newspaper to report the facts is too much. They're in another business.

Lots of these shacks in the hood are match boxes. Hope this warm up during week lasts.

What time do we erect the bronze statue and bankrupt the city giving these boys a raise?

You did your job, congrats.

Now try not to sell any illegal firearms or hose down homeless camps tonight.

They were drowning out the stench from the homeless camp! Seriously, I’m guessing you’ve never been any where near one, they shit, piss shit and piss stained clothes and throw leftover food in the same area they sleep in. Maybe you should walk under one of the bridges where they’ve been camping for more than a couple weeks, let’s just say when the city finally sends out crews to clean up their mess those poor guys are wearing decon suits and have to be sprayed with some kind of bio chemical to keep them from getting a serious illness. They also have to spray down the entire area with harsh chemicals to kill all the germs and disease in the area.

They gave the filthy bastard a bath, he needed it.

The local news is more concerned about the capitol being trespassed by peaceful protesters than they are about the one thing good that happened in kc, funny how they haven’t covered the riots with death and destruction that’s gone on for about seven months in us cities all over the country the same way isn’t it.

Nancy said it best, stick to the dimwit game plan, we will back you and the press will too.

Well you've got the dimwit part down

"The local news is more concerned about the capitol being trespassed by peaceful protesters ..."

You God Damned Piece of Shit!

It was a riot, an attempted insurrection.

I don't care about the DOJ memo that says a sitting President can't be indicted for a crime. The people who wrote that memo were worried about the President being harassed with petty shit. They did not have this in mind.

kcpd come to the rescue every day. Too bad our newspaper paints them as the enemy.

Check out the lack of graffiti at the capital, no laser use against police, blocking roads for hours and days, or burning buildings and vehicles. That was Antifa BLM and the Demoncrats and MSM. Woke up dumb asses. We all have the crooked government as the enemy. Trump isn't one of them, either party. They all hate him. He was our one and only chance and half of us are too stupid to get it. God save this lost country.

BYRON DOESNT CHAT ABOUT THE RIOTS IN A BUNCH OF LIBERAL DUMPS FOR 6 MONTHS.BLIEN DOESNT TALK ABOUT LIBERALS KILLING LIBERALS ALL OVER ITS JUST THE WHITE MANS FAULT UNLESS THE LIBERAL ELITES ARE RAPING LITTLE GIRLS ON EPSTIENS ISLAND THEN HE WONT CHAT ABOUT THAT EITHER.BOTTOM LINE IS HES IN FAVOR OF RAPE AND MURDER AS LONG AS IT ISNT HE THAT IS BEING MURDERD

WHEN BYRON WAKES UP AT NOON MAYBE HE CAN DO SOMETHING ABOUT HIS SERIOUS PROBLEMS.

KCFD IS THE ONLY DEPT WORTH A FUCK

Editorial Board at the Falling Star was too busy working on a new petition to exhume the bones of their founder William Rockhill Nelson and to have them dropped in a volcano iñ Hawaii. KCPD bravery story will have to wait due to other priorities.

I'm sure they were racist white guys.

Byron, you need to take a few melatonin around 7pm. Staying up late drinking is going to get you banned from TKC with that kind of talk.

Unfortunately you can't go to Parler - and when they come back up you'll be banned for being stupid.

11:13, you are becoming ever more addled. Except in your TDS infected mind, there is no evidence to support the charges you want brought against Trump. You could at least try to think rationally once in a while.