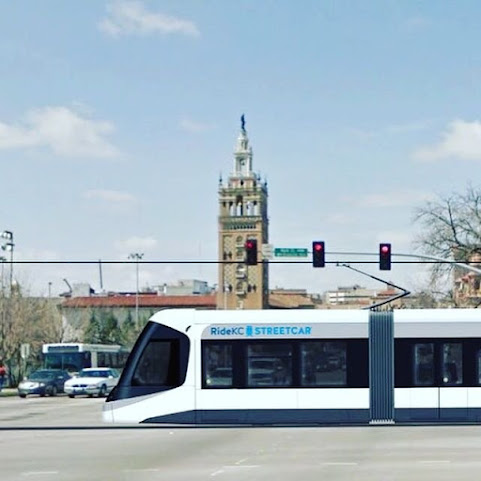 Today the streetcar tricked local media into reporting a funding promise that hasn't yet been realized and confronts tense budget talks amid COVID-19 stimulus debate.

THE STREETCAR WANTS TO SECURE KANSAS CITY CASH BASED ON A FLIMSY TRANSIT RECOMMENDATION THAT HAS NOT YET BEEN APPROVED!!!!

Sure, we know that streetcar cheerleaders are some of the most brilliant minds in Kansas City but it's doubtful they can predict how Congress & The Prez will negotiate a budget deal during COVID stimulus talks and continued debate over the election.

A line from the ordinance that this "news" hopes to pass . . . "The City has developed a financial plan using a combination of local, state, and Federal funds to finance the costs of the Project and, in accordance with its plan, has requested Federal financial assistance."

KCUR: A KC Streetcar spokeswoman said the federal funding won’t be finalized until it completes a 30-day congressional review period.

KMBC: The award, which is half of the total KC Streetcar cost, is being celebrated by city leaders and transportation officials and means it's very likely the full project proceeds.

AN ORDINANCE BEFORE COUNCIL LOCKS KANSAS CITY TAXPAYERS INTO BUILDING THE STREETCAR EXTENSION WITH OUR WITHOUT FEDERAL FUNDING!!!

IF MAYOR & COUNCIL ACTUALLY CARED ABOUT THE BUDGET & LOOMING BANKRUPTCY THEY'D DELAY ANY COMMITMENT UNTIL AFTER FEDERAL FUNDS ARE SECURED!!!

We don't expect that to happen.

The streetcar and it extension were passed without a citywide vote and moved forward by sketchy mail-in ballot inside a gerrymandered district carved out to avoid opposition.

The streetcar is one of the most corrupt construction projects Kansas City voters have ever witnessed and now proponents of the extension hope to secure taxpayer cash that should be spent providing pandemic relief.

This could be one of the most brazen moves in local history given that Mayor & Council will likely commit to funding an unproven tourism scheme during an unprecedented American crisis and whilst working to shut down local biz who don't comply with contested curfew orders.

This is a good post TKC but you forgot to mention that the streetcar ridership is down by more than half this year.

Why keep building a "transit" system that isn't working?

Because it is working to pay off the lawyers and developers who are ramming this down the throats of voters.

It was passed by a small group of people but yet the whole city is gonna get taxed for it? Am I reading that right?

In fact, there was a city wide vote to stop it.

I don't EVER agree with TKC but on this he's got a point. The whole thing is corrupt.

The country is 26.5 trillion dollars in debt. Maybe we should stop celebrating the spending of money we don't have on things we don't need.

A special tax district was created to pay for the streetcar. No city money was supposed to be involved. In fact, city voters expressly rejected the streetcar as a public project. To now approach the city for money is a level of corruption not seen in this town since Pendergast.

And I have no confidence that the City Council won't go along.

White people who think buses are for poor people and people of color are finally getting what they wanted. And it will take them to Brookside, the whitest neighborhood in town.

This is a dumb post because as usual Tony slips in his false "illegal" election claims even though the election was 100% legal under Missouri law and no amount of passive-aggressive bitchiness is going to make it suddenly go away.

Don't like the law? Have it changed. But the streetcar isn't going away.

The streetcar is a complete waste of money.

It serves no useful purpose.

It's just a shiny toy, you can't afford.

KCMO Urban logic. Those who live in the tax corridor will pay a significant portion of the operating costs. Sly James special screw job to those who are 6 blocks on either side of the extension. Sly was a marine and has a super strong sense of "get it done" attitude. Net result, a pathetic waste of federal funds, screw job of those lucky enough to live in the taxing corridor.
KC Councils action is the worst thing for the Democratic Party. LONG TERM DESTRUCTION OF OUR PARTY WILL BE A RESULT.

Aren’t homosexuals the only people that ride this thing? Why are we paying for it? Let the flamers pay for it.

Tony has a lot of butthurt today. He should call a waambulance.

Streetcar has always been a scam. Glad somebody is pointing it out.

Wasn't there a suicide on this silly fucking thing recently? It's cursed, and a curse.

Take the federal money, sure ,but problem is a lot of local money sucked into this turd. Including ATA money which shame on them that should go for bus transit. A lot of route cuts in October to metro buses

Many of us tried to tell you people in Kansas City that you were going to get hit up to pay the freight. P. T. Barnum was right. there is a sucker born every minute.

It was voted down several times. The only way it passed was by hand picking certain neighborhoods who were the only ones able to vote on the third or fourth time it was presented. (As is stated above).

KCMO doesn't have the population density to justify this project. It would have been way cheaper just to buy some trolleys that run without train tracks. At least they wouldn't get stuck behind a parked vehicle, shutting down the entire system.

Who puts light rail on the same roads as other vehicles?! Crazy.

Kansas City proves once again that it’s a town of hick wannabes. This stupid trolley is a glorified version of the trams that haul people to and from parking lots. How many people intend to sell their cars and depend on the trolley as their mode of transportation? Throwing good money after bad - it’s the KC way.

Once a "quasi-public" independent bureaucracy like THE streetcar "authority" is created, it's priority becomes self-preservation and growing its budget.
And you can try to put a stake through its heart, strangle it, or try any other way you want to control it.
Or, as in this case, have an election which totally rejects the organization's plan.
But none of that is ever going to work.
Now Main Street from Union Station to UMKC is going to be torn up until 2025.
Another terrible blow to any businesses there, especially restaurants and retail.
But the created monster rolls on.
Sad.

Kansas City had a street car system. The old tracks were still everywhere and the City removed them in the 1980's / 90's.

Downtown is dead and there is no need for a street car.

Focus on Law and Order and hopefully small businesses and their customers will return to boost the City's sales tax revenue.

^^Blah blah blah. Hard pass on any advice coming from a dead-end geezer like you.

Isn’t about transport. Who are these mid towners needing your get to umkc, who are these umkc folks needing to get to midtown. Imaginary wishful thinking from some special interests overloading hospitality dependency who somehow are selling this anachronism to urban planners. Q ought to take a position with full consequences. Meanwhile Musk is ten years ahead. An irrelevant solution to most neighborhoods yet it stifles positive action in most when a transport revolution is underway. Sly boondoggle vs Elon Musk.