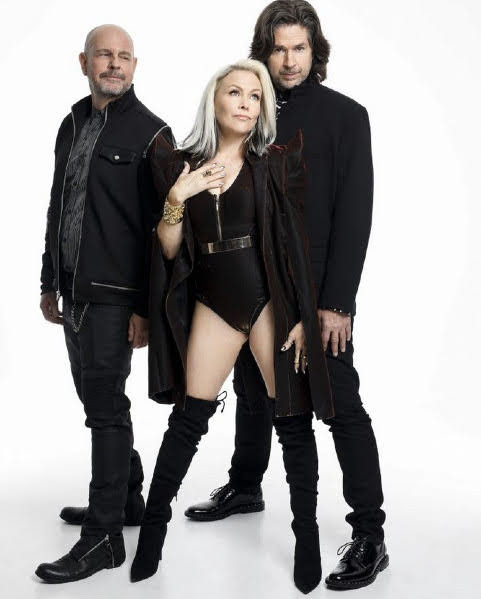 Classic 80s band Berlin hottie Terri Nunn is 59 and still showing a bit of leg and tasteful butt cheek, even better she's coming to the Kansas City metro very soon. All of THAT and her enduring body of work inspires this #TBT morning collection of community news, pop culture and top headlines for right now.

KANSAS CITY, Mo. - Kansas is traditionally a strong state for Republicans when it comes to who the state goes for in the Presidential Election. Kansas hasn't voted for a Democrat for the White House since 1964 when Lyndon Johnson won the presidency. Kansas turned red again for President Donald Trump.

This year has been a difficult one for every business, but local restaurants - already facing strain due to rising costs - have been hit particularly hard. Neighborhood mainstays and acclaimed restaurants alike have faced the same challenges: how to deal with a pandemic that keeps customers, many of them also under financial strain, while continuing to cover the expenses required to stay open.

Sponsored content: In 1995, the original Toy Story had just hit theaters. Michael Jordan came out of retirement and returned to the NBA. And Alanis Morrisette was omnipresent thanks to her #1 debut album, Jagged Little Pill. It was also the year Leawood's Town Center Plaza opened their doors to a delighted Johnson County public.

Sarah McBride celebrated her historic state senate win in Delaware modestly - with a couple of hours of sleep and a cup of coffee. "Now I'm rolling up my sleeves and getting to work," the Democrat told the BBC. McBride is the first openly transgender state senator in US history, and her victory makes her the country's highest-ranking trans official.

At least nine arrests have been made Wednesday evening after authorities declared that a protest in downtown Portland had turned into a riot. MINN. INTERSTATE BLOCKED BY PROTESTS; GROUPS IN PHILADELPHIA DEMONSTRATE OVER ELECTION, POLICE SHOOTING Two different groups rallied in separate locations Wednesday, before marching into downtown Portland.

Coronavirus: US sets record for daily new cases average one day after election

The US has set a new record for daily confirmed Covid-19 cases, with surging infections and hospitalizations as the country remains on edge waiting for a winner to be declared in the presidential race.

Black Entertainment Television founder Robert Johnson doesn't have much faith in a potential Joe Biden presidency. In fact, he doesn't see the Democratic Party as a good choice for African Americans altogether, he told CNBC.

In the months leading up to the election, major social platforms issued seemingly endless updates on how they would address election-related misinformation on their platforms.

In states across the country, voters sent a clear message they wanted restrictions on recreational drug use eased. Yesterday, residents of Arizona, Montana, New Jersey and South Dakota voted to join the ranks of 11 other states that have done so. In 2012, Colorado and Washington made the leap to legalize marijuana for recreational use.

The NFL has named Kansas City Chiefs quarterback Patrick Mahomes as its AFC offensive player of the week for Week 8 . Mahomes was 31 of 42 for 416 yards and five passing touchdowns in the Chiefs' 35-9 win over the New York Jets.

Better headline: Berlin plays to crowd of tens in Leawood!

I was told there would be butt cheek but didn't see it.

From the "staunchly conservative bastion" known as Politico:

"In the House, bleary-eyed Democrats were still sorting out the wreckage when they awoke Wednesday with dozens of their members’ races still uncalled and not a single GOP incumbent ousted — an outcome that virtually no one in the party had predicted in a year in which Democrats were going on the offense deep in Trump country.

Even with tens of thousands of ballots still to be counted, shell-shocked Democratic lawmakers, strategists and aides privately began trying to pin the blame: The unreliable polls. The GOP’s law-and-order message amid a summer of unrest. The “hidden Trump voters.” The impeachment hangover. The lack of a coronavirus stimulus deal.

Some corners of the party were also beginning to question the message and tactics at the top, with several Democrats predicting — and some even demanding — a significant overhaul within the Democratic Congressional Campaign Committee, including possibly even ousting chairwoman Cheri Bustos, whose Illinois race has yet to be called."

Look closely Charlie, there's just a hint of it hanging out!

And voting Republican gets them... ?

She is so old that now, when Terri Gunn gets up to walk to the bathroom, it takes her breath away.

How long has this been going on?