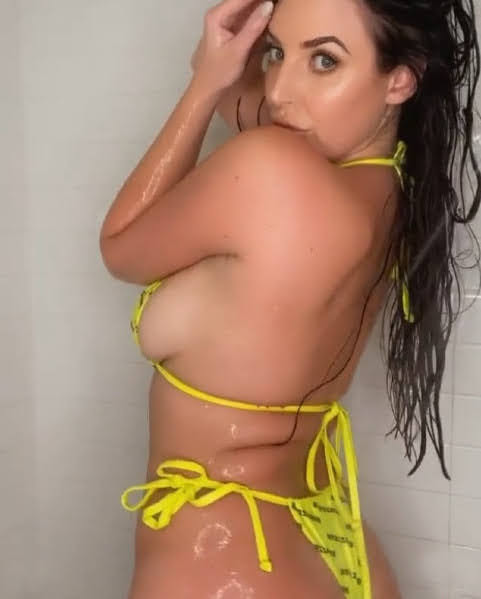 Angela White is otherwise known as the "Meryl Streep of pr0n" and right now her promo work inspires a peek at pop culture, just a bit of community news and top headlines for tonight . . .

KC Hemp Co. pivots to online-only store due to pandemic

OVERLAND PARK, Kan. - Almost three years after opening their store, KC Hemp. Co., Heather and Kyle Steppe had to make some changes. "When the pandemic started, we just saw what was happening to all of our retail stores around the area, including ours," Heather Steppe said.

How to watch this weekend's new Hallmark Christmas movies

Trump is planning an event DURING president-elect's inauguration

The Pennsylvania Supreme Court dismissed a lawsuit Saturday night from US Rep. Mike Kelly and other Republicans, after they had tried to invalidate absentee voting and block the certification of votes in recent weeks.

Frustrated supporters of President Donald Trump in Georgia challenged Republican National Committee Chair Ronna McDaniel on why they should even vote in the upcoming Senate runoffs if "rigged" elections are "already decided." McDaniel's Saturday campaign stop in Marietta, Georgia, appeared to backfire as Trump supporters who have adopted the president's conspiratorial accusations about "voter fraud" asked why their vote even matters.

Biden COVID-19 adviser: Many who celebrated Thanksgiving with family or friends will be in ICUs over Christmas

Dr. Celine Gounder, a member of President-elect Joe Biden's COVID-19 advisory board, said they expect to see an increase in coronavirus cases, hospitalizations, and eventually deaths in the weeks following Thanksgiving. Millions of Americans traveled for the holiday despite warnings from public health officials for people to stay home.

A number of Selena Gomez fans took offense at Peacock's new and updated Saved By The Bell when the series seemed to poke fun at the singer's kidney transplant. On Saturday, scores of Twitter users expressed their disappointment in the Peacock series and tweeted out the phrase "RESPECT SELENA GOMEZ" to show their support for the "Lose You To Love Me" singer.


Kansas City Trek For Good Cause

By Sam Kombrink During the pandemic people have had instances where they have cabin-fever, and they need to get out of the house and get some exercise. Well, what if instead of hitting the same gym routine they switched it up and participated in the 2020 Marathon Mile Challenge?

Cloudy and much cooler Sunday


No one gives a flying fuck about corrupt Joe Bidens stolen Presidential inauguration.

Biden's election is as legal and honest as Putin and Stalin receiving 99.9% of the Russian vote.


Most Americans would rather break bread with their family during Thanksgiving than to die alone in some retirement home; isolated for the past year due to Biden's and the Media's corona virus hysteria.

It appears the Democrat Party is trying everything possible to break the nuclear family and American traditions with these crazy edicts.

When her vacation takes an unthinkable turn, Ellen Martin (Academy Award winner Angela White) begins investigating a fake bathroom remodeling company, only to find herself soapy, wet, and without a towel!!!

That's right MAGA twits, your vote is worthless, don't even bother. It's rigged! Voting is like calling Trump twat a liar but only sacred truths comes from his shithole!

Oh so it's corona hysteria that causes people to die alone, not corona? Shut up moron.

MAGA Joe thanks you for the additional 132 votes you paid 3 million for a recount, and still a loser.

"Trump is planning an event DURING president-elect's inauguration"

If America is so tired of Trump they'll vote Joe Biden into office by 8 million votes, think of how tired we'll be after four years of a campaign by Trump the Loser.