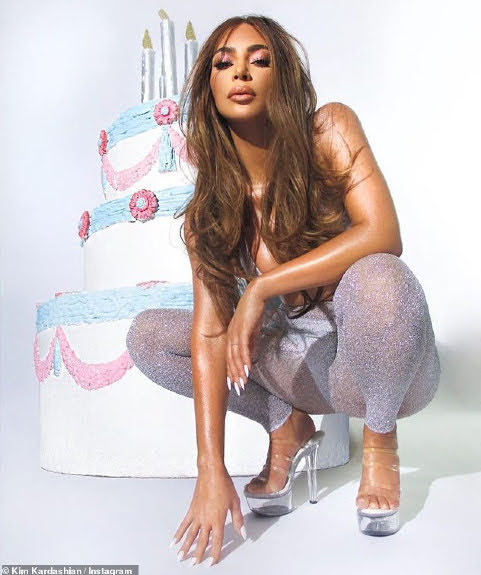 Hottie Kimmie gets another year older and this inspires our #TBT start of the day with community news, pop culture and top headlines.

INDEPENDENCE, Mo. - Jackson County is setting voting records before Election Day despite the fact that there isn't official "early voting" like in Kansas. In Missouri, you can vote by mail, though the deadline to request a mail-in ballot has passed, or you can vote absentee, but you must meet one of seven reasons.

Even before the pandemic, Halls was reimagining its 60,000-square-foot space and discussing avenues to remain relevant with consumers. The Crown Center department store now plans to revamp its product lineup, including nixing underperforming categories, and will trim a little less than 12,000 square feet from the store.

FAIRWAY, KS (KCTV) - Safe to say 2020 has been somewhat of a scary year. A year that comes around once in a blue moon. There's a lot of uncertainty surrounding the coronavirus pandemic. Still, according to the National Retail Federation's annual survey conducted by Prosper Insight and Analytics, more than 148 million U.S.

Kim Kardashian West humbly threw a party on a private island during a pandemic, and the internet isn't letting it go

Undeterred by an ongoing pandemic, Kim Kardashian West has revealed she threw a party for herself and dozens of friends on a private island that swapped social distancing for dancing, bike-riding and swimming with whales. But at least she did it humbly.

Trump deserves 2nd term even though he's a 'wretched human being,' newspaper says

In an endorsement published this week, a Washington state newspaper said it agrees with President Trump 's critics that the commander-in-chief has numerous faults - but that doesn't mean Trump doesn't deserve a second term.

Barack Obama held back his most biting critiques of President Donald Trump in the first years of his post-presidency, hoping the lack of constant attacks would make his voice even more powerful at a time he thought it was most needed.

When will a second stimulus check arrive? Our best post-election guesses

The Nov. 3 election will come and go without Congressional approval to send a second stimulus check to help Americans, but once negotiations wrap up and it's finally authorized, the Internal Revenue Service will likely divide qualifying people into priority groups (as were established in the first stimulus payment that some people are still waiting for) to start sending out money in waves.

The odds are stacked against them and many see the GOP as the underdog in the fight for control of the Senate. In their dismissiveness of the prevailing sentiment that Democrats are favored to win control of the Senate, Republicans also point to poll numbers for vulnerable GOP incumbents in red-leaning states that are starting to solidify.

Democrats, in particular, are concerned that the undefined timeline for restarting online ads could hamper efforts to raise money and voter awareness around potential Senate runoffs in Georgia and Mississippi in January. Others noted that the policies will make it more difficult for campaigns to raise legal funds for recounts.

Sporting Kansas City (11-6-3, 36 points) clinched a berth in the 2020 Audi MLS Cup Playoffs following a 1-0 road win over FC Cincinnati (4-13-4, 16 points) on Wednesday night at Nippert Stadium. The result guarantees Sporting Kansas City a top-eight finish in the Western Conference and vaults the


Show Must Go On

Coterie Theatre at Crown Center set to reopen this fall

The Coterie Theatre at Crown Center is set to reopen this fall with a new show. The theatre usually hosts around 90,000 visitors a year. Right now, it's zero.It's one of the top five theaters for young audiences in the United States. The entertaining plays and creative messages have made the Coterie Theatre a staple in Kansas City.

Today is a Storm Track 5 Weather Alert Day. We are tracking a 30% rain chance for early this morning with sunshine late day and highs near 47.

Billboard #1 in 1990, Jon Bon Jovi - Blaze Of Glory is the song of the day and this is the OPEN THREAD for right now.

Kim may have a ton of money, but it cant' buy her any class.

The vote is being stolen as you sit there blogging.

Tony Bobulinski is a highly credible source with hard evidence, though he considers himself more of a Democrat and has contributed to Democrats in the past. While "credible Democrat" is an oxymoron, he's very believable. The mainstream media is trying to drag Lyin' Hidin' Biden like rotting roadkill over the finish line and are telling everyone "mum's the word" on the Hunter Biden-Chinese Communist payoff story.

The "big guy" in the emails was Joe Biden. He was to get a 10% cut equal to $1 million from the company fronting for the Chinese Communist Party. Hunter was to hold the money for his corrupt father.

^^^ And you had absolute proof of this @7:57, but you FedExed the only copy to Tucker Carlson and it "mysteriously disappeared", right?

"Trump deserves 2nd term even though he's a 'wretched human being,' newspaper says"

And yet he doesn't. Weird.


COVID didn't kill retail or Crown Center. Lefties killed it and it has been dying for years now. Who can have any fun in KC with the radical left going around killing everyone, blocking the streets and acting like rabid animals? The countries that didn't close down or wear masks have the fewest cases. Our country is wrong about how bad this virus is and they are pushing it the closer we get to election day. So many lies.

If obummer was expected to help basement joe win the election then why speak to tens of people everyday for only the last two weeks of the election? Everybody knows that this could easily backfire and cost the dimwits the election so their hoping that even he can’t screw up hiden joe Biden’s chances for the election.

Obummer and monkey wife really do want dementia joe to win so he’s no longer known as the worst president the United States has evar seen.