Kansas City Tuesday Front To Back 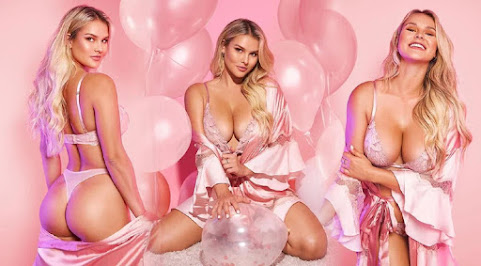 Long after the football season ended last fall, Lincoln Prep head football coach, William Lowe, was concerned about the isolation factor his players were dealing with when the coronavirus hit Kansas City. So he and his assistant coaches did something about it. "In April, we all wore masks, got gloves.

PRAIRIE VILLAGE, Kan. - A Prairie Village family is celebrating a big win. They paid off more than $100,000 in student loan debt in a little over six years. Ashlyn Yarnell accumulated the debt in the process of becoming a family law attorney. "That was my calling.

We’re All About Kinsey


Here's Everything Clubhouse Fans Need To Know About Kinsey Wolanski

There was a time when the Hype House was the premiere TikTok collective, but watch out, because the members of clubhouse could take over. One member to keep your eye on is Kinsey Wolonski. After falling in with a social media superstar crowd of...


An unlikely state tightens up

Earlier this summer, Hawaii was a Covid success story. Now it's one of the worst-performing states in the nation. POLITICO's Alice Miranda Ollstein explains why the state's swift unravelling is a cautionary tale. "It's tightening up," said Ken Martin, chairman of Minnesota's Democratic-Farmer-Labor Party. "But I wouldn't trade our position with theirs in a million years."

WASHINGTON (Reuters) - The U.S. Departments of Justice and Homeland Security are setting up a joint operations center to investigate "left-wing civil unrest," President Donald Trump said on Monday, as he accused Democrat Joe Biden of giving moral aid to vandals.

White House Press Secretary Kayleigh McEnany singled out CNN anchors Chris Cuomo and Don Lemon for their coverage over the ongoing riots that have plagued cities across America.

Check In The Mail?!?


Stimulus Deal Getting Closer, But There's More Work To Be Done

Only in Washington can politicians slowly make progress toward a stimulus deal while pounding the table and accusing the other side of being unreasonable. Yet even with negotiations over the next stimulus package at a standstill, the two sides moved $500 billion closer to a deal last week.

Facebook is warning its users in Australia that it will stop allowing them to share local and international news on the social network if the country moves forward with new legislation that would force it to pay media outlets for the use of their news content.

Scarritt Renaissance Neighborhood residents had the opportunity to meet their neighbors and enjoy live music on the evening of Sat., Aug 29 at the corner of Bellefontaine and Thompson Avenues. On Play Music on the Porch Day, Pendleton Heights resident John Bordeau performed a variety of covers for the audience from John Denver to Irish music, and from the 70s to now.

KANSAS CITY, MO (KCTV) - Kansas City based Operation BBQ is in Lake Charles, Louisiana right now preparing meals for families and first responders dealing with the aftermath of Hurricane Laura. Many homes and businesses left behind still don't have running water or electricity.


There is a 100% chance of thunderstorms later tonight

That's a lot to handle.

Cuomo and Lemon are Communists.

^^^not disimilar from Trump. He hates middle class Americans but knows a good chunk of them buy his grift hook line and sinker.

Can we also take a moment to acknowledge Trump's interview on Ingraham angle. Even she couldn't save his fat lumpy ass from turning it into a total dumpster fire. A little kooky, out there, flat out weird....had it all.

"I am not banning fracking!" - Joe Basement Biden

Lol. Party pn! The left is flailing as the polls shift to show their ownership of the riots and looting. You broke it, you bought it!

But yeah, that one interview will sink the ship for sure lol.

Get woke go broke! That genie ain't going back in the bottle 8:38. They've condoned the shit since March. Some have even participated in it and knelt with them. Their alliances have been made quite public and very well known. Ask Mayor Ted how that's playing out for him libtards.

One interview 8:38? Any sit down Trump does turns into a dumpster fire word salad full of bullshit conspiracy theories and "people are saying" being repeated over and over as dumbfounded interviewers reply "who are these people?"

But then again, he's had a stroke, so I guess he gets a pass?

And the only condoning being done Bandit is by Trump. Condoning vigilantes so long as they are Trump supporters.

Basement Biden fucks up off teleprompter. Hell, it took him until yesterday to quit cowering in place and supposedly be against violet protests and claim that he wasn't a socialist. Nobody bought it Joe. Try harder. Get out more.

^^^Now do Donald and a teleprompter. Hypocrisy and Republicans go together like peaches and cream. Your boy is fucked in the head, that's what happens when you cut off blood flow to the brain. Joe has a stutter. I'll take the guy with the stutter.

The Kinsey Report on Sexual Behavior was so stimulating that I found myself probing it again and again!!!

^^^
Now
Waddle
Over
And
Fuck
Rudy?

Triggered TDS waking up to Basement Joe slipping in the polls due to failure to meaningfully address violence. Awww.

As obsessed as you are with Trump, you may have noticed that the rest of the country is concerned about the riots, which were and are vocally supported by the left. Sorry, comrade Che, you own the riots, the damage, the murders, and the thuggery.

Don't back off now! You picked a side, now you own it! Fun to watch the Dems suddenly try to become the law and order party. Too bad the public ain't buying it.

It is so much FUN triggering libtards!

triggered? you're the one who posts on here incessantly.

Who is this Bandit and why does he post so much?

^^Russian spam bot passing on propaganda. No thanks.

President Donald Trump: These are anarchists, these are agitators, they’re rioters, they’re looters, they’re bad people. They’re burning down Portland. You take a look at that. You take a look at the scenes last night, and then the fake news media will say that they’re friendly protesters. Because you people, I tell ya, if we only had an honest press in this country we would be much more advanced but we have a very dishonest press… You don’t report that. They shot a man in the street. They executed a religious man in the street and you don’t mention it. It’s not even a story. You talk about other things. The press should be ashamed of themselves. I think the press, the media is what’s fueling this. More so than even Biden. Cuz Biden doesn’t know he’s alive. The press is really fueling this and they’re fueling it horribly.

“In America, we will never surrender to mob rule, because if the mob rules, democracy is indeed dead,” Trump said.

That line really grates the libtards! 🤣

I have received your letter addressed to President Trump dated August 28, 2020. The President asked that I respond on his behalf.

You state in your letter that “[t]here is no place for looting, arson, or vandalism in our city.”Unfortunately, you have failed to back up that sentiment with any action. In fact, your inaction has fostered an environment that has fueled senseless violence and destruction night after night. For more than three months, Portland has become the epicenter of crime and chaos, with riotersattacking government buildings with the intention of burning them to the ground. As of today, since July 31, 2020, there have been 255 arrests made by local law enforcement and 23 riots and unlawful assemblies declared. Despite this, you have stood by passively, arguing that the nightly violence“will ultimately burn itself out.” The evidence demonstrates otherwise.

Due to a lack of action throughout the summer, Portland and its law-abiding residents continue to suffer from large-scale looting, arson, and vandalism—even killing. Businesses remain shuttered and Portlanders are held hostage by the daily violence that has gripped the city with no end in sight. This is precisely why President Trump has—and continues to—offer federal law enforcement assistance to Portland. And that is why I, in my capacity as the Acting Secretary of Homeland Security, was not only authorized, but statutorily obligated, to protect federal property and persons on that property.

With your letter you included a YouTube video in which your television interviewer attested that “there was more unrest in [Portland] last night. Portland police declared a riot, saying that protestors [sic] broke into the Police Association building, the union, and lit it on fire.” That same YouTube video contained chilling footage of the arson that was terrorizing your city; and it was perpetrated by rioters, not by peaceful protesters. The chaos, destruction, and suffering in Portland are evils you can stop—and must stop. Consider what happened recently in Wisconsin—where the State of Wisconsin requested and received federal law enforcement assistance and the violence and looting there ended.

I hope you honor your commitment that “[t]hose who commit criminal acts will be apprehended and prosecuted under the law.” To that end, I encourage you to work with and disabusethe District Attorney of Multnomah County of his refusal to prosecute individuals who have committed such crimes as: interference with a law enforcement officer, rioting, criminal trespass, second-degree disorderly conduct, escape, or a city ordinance violation. In short, ignoring criminal behavior is no way to protect the citizens of your community, the same citizens who entrusted you to hold elected office. We hope and expect that fairness and good judgment will prevail in Portland.

Accordingly, I urge you to prioritize public safety and to request federal assistance to restore law and order in Portland. We are standing by to support Portland. At the same time, President Trump has made it abundantly clear that there will come a point when state and local officials fail to protect its citizens from violence, the federal government will have no choice but to protect our American citizens.

DHS remains wholly committed to ensuring the rights of peaceful protesters and conducts all activities in full compliance with the Constitution and federal law. I am proud of our brave and selfless officers and of our federal, state, and local partners.

It's too bad you can't read.

Also, no one believes the Russia stuff but you lol

Waaah! If I don't like it it's Russia! Waaaah!

You're spamming outdated spin because you have zero counterargument.

And Baby Burt has been posting constantly on TKC for at least twelve hours straight. Now THAT'S weird!