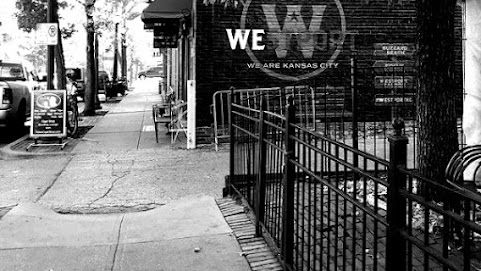 Amid a pandemic outbreak in this party district, the threat of violence also preys upon patrons.

Here's the aftermath of another wild Midtown night:

"At around 2 a.m. officers patrolling the area of Westport and Mill were alerted to some type of disturbance. When officers looked up they saw the suspect shooting at an unknown person.

"One officer fired his weapon to stop the suspect from continuing to shoot at people.

"The suspect ran from the scene and was taken into custody a short time later."

Despite a great many bullets firing from both police and gunman, thankfully, nobody was hit.

KCTV5: Police - 1 in custody after shots fired near Westport and Mill Sunday morning

Better title for you tk: Westport is the new plaza.

Only because the places are so generic. But not nearly as nice and way more rats.

Shhhh #9:38! The protesters aren't from here and they don't know anything about KC. If you don't tell them they'll march on the P&L District instead. Way more social injustice there and no local bars.


So if I wanted to go to Sunfresh and get something late at night I take a chance of getting shot? Get your munchies early or move out of KC. This is sad to see a once great city I loved and had fun in go down this way. Thanks Quinton Lucas you're a real piece of work, this is your fault.

Is Westport becoming the new ultra nine? mayor mckneely has turned kc into the land of thieves and murderers. What a worthless ass mayor he is.

Seriously people, it’s becoming Detroit and Chicago all rolled into one.

Westport at night is a bad idea. I am curious how the bar districts in Brookside and Waldo manage to stay pretty low crime but Westport gets lit up every weekend.

Coming soon, Westport Ultra 9 & 1/2 - Where women take their chances one way or another.

9:58: Seriously, what's your solution? Or are you only interested in bitching?

Anyone care to take a guess at the skin color of the shooter? Anybody? Anybody?

I sure don’t like mayor qball’s vision of kc, murder, mayhem, failing infrastructure and no leadership to be found. It truly is becoming the Mogadishu of the plains. Burned up buildings everywhere, broken water lines leaking everywhere, vacant houses you can’t see for the weeds, trash strewn about, thousands of bums begging for money everywhere, hoodrats ruining the local malls, yup, bald man bad, your vision of a great city is rioting, burning, looting and murder is not what the tax payers signed up for. Be a man and resign before it gets worse.please step down and let somebody else try and run the place right.

10:02 how bout we start with law and order. Is that too hard to understand? Get rid of the passive aggressive mayor and definitely fire Petersucker the “murderers best friend” how’s that for a start?

Placing bets on how soon anything "9" makes another appearance. Of course that place is being sued, the LLC will take a dump, reorganization, rinse and repeat.

A completely different scenario than the violent randoms that are rolling into Westport howwver, impacting various businesses. Easy to confuse the two, because unfortunately, well,"common denominator".

Stronger controls for those that want to open "da clubs". Ban outright anyone that has previously operated "da club" where any type of violence has occurred. And Westport? Continue to work on improving security.

Quentin Lucas will move to Lawrence, Washington D.C. or Atlanta after he has completely destroyed Kansas City.

Worst Kansas City Mayor in history and a narcissitic POS.

Vote for Basement Joe Biden and the entire U.S. will be like Kansas City.

Find the shooter(s) and put them away for a long time. No reason anyone should put up with this shit. The mayor is complicit and feckless, lock him up too.

just find a place in belton or smithville, just for examples, - that should be far away enough from the bad areas. less covid chances too.

You guys really don’t think this guy knew police were around when he fired his weapon? He didn’t care. The police and law and order mean nothing in KC. The quicker you guys realize that bad guys don’t care about the Feds, the police, jail or death, the quicker you will realize there is no solution to our raising crime rate regardless of who is Mayor. A reverend, a police chief or a congressman.

I’m hiden joe biden and I forgot where I put my sister wife!

For the past 30 years westport has been a shooting district. Ever since the Chiefs player brought guns into Harris House...