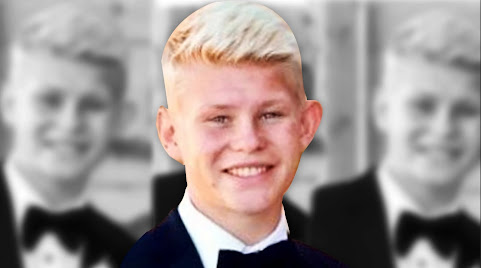 Continued questions and controversy spark a golden ghetto political response to resident outcry following the tragic death of a youngster.

"Overland Park Mayor Carl Gerlach said Friday that while the city did not have cause to fire an officer who shot and killed a 17-year-old boy in 2018, "everybody agreed" that the officer could not continue to serve on the force. The city of Overland Park released a 500-page timeline on Friday relating to the death of John Albers, who was shot and killed by police as he backed out of the driveway at his home on Jan. 20, 2018."

They should have awarded them whatever change could be found on the ground in the parking lot.

Whatever happened to Blue Lives Matter???

We want cops shooting to kill, but we don't want to pay them...

He should have sued not settled.

The should thank him for putting the nut case out of his misery. Good job

Ghetto - 100+ dead negros this year alone, and the only one who anybody remembers is Legend because it brought more police.

Life is good on the sunny side of the street.

Troubled kid, troubled family unit.. turns into trouble for an Officer and a Department. Weird

"As the regimes of Josef Stalin and his successors were criticized by the West for human rights atrocities, the Soviet propaganda machine would be ready with a comeback alleging atrocities of equal reprehensibility for which the West was guilty."

Overland Park Mayor Carl Gerlach remains quite active despite being dead at age 58. Will he still be required to pay income taxes?

Had it been a black child, the town would still be burning.

You also said:
"Ghetto - 100+ dead negros this year alone, and the only one who anybody remembers is Legend because it brought more police."

The difference being those "100+ dead Negroes" were killed by other "Negroes."

he was a little punk, crashing his moms luxury suv at the police, what the fuck are you thinkin kid.

He fucking murdered that kid who needed help not bullets. Fuck that ex cop POS.

He needed dead. He begged for it.

Karen got paid for the death of her out of control son. Time to shut up.

He's the one that reviewed the case and decided this was completely normal. No need to charge the cop who killed a kid by emptying his revolver into a vehicle that was was not moving towards him. Did nothing wrong. Nothing to see here.

Steve Howe is on the ballot this November. I will be dropping him faster than the cop dropped the kid.

10:28 you should be a cop. Maybe you can show us how to deal with all situations ? Yet, you can't even take care of your own family .Momma still delivers you a tv dinner to the basement. Fantasy world is a great place to solve real life situations you have never been around, except causing them.

That was the mayor of Olathe dumbass.

^^^ Hey dumbass - the previous comment was linking to yesterday's TKC story that is STILL WRONG and labels the death of the Overland Park mayor. That was snark to point out the incorrect TKC headline.

Catch up before mistakenly labeling others a dumbass.