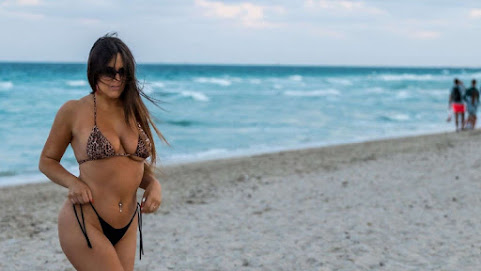 KANSAS CITY, Mo. - Hundreds of area volunteers will soon be a part of the search for a COVID-19 vaccine. Researchers at two metro hospitals announced the expansion of a trial that's showing promise. Scientists had to get creative with a key component but that could end up being the reason this vaccine is so successful.

KANSAS CITY, MO (KCTV) - A national organization is pledging support to the Kansas City police officer facing charges in the deadly shooting of Cameron Lamb. Officer Eric DeValkenaere is charged with involuntary manslaughter in Lamb's death. Lamb was shot and killed in December of last year, in the driveway of his home after a high-speed chase.

KANSAS CITY, Kan. - Dreams of a fall sports season have come to an end for athletes in the Kansas City Kansas Public School District. "Just a lot of mixed emotions. Anger, sadness. It just hurt because I'm a senior and I don't get to play my last year of football," Washington High School Football Senior, Anderson Jones said.


Claudia Romani Booty, Working Out on the Beach


Kamala Harris blames Trump for severity of U.S. coronavirus outbreak: He failed to take it 'seriously from the start'

Democratic vice-presidential candidate Sen. Kamala Harris on Wednesday blamed President Donald Trump for the severity of the coronavirus outbreak in the United States, saying he was "delusional" and failed to take the virus "seriously from the start." "This virus has impacted almost every country but there's a reason it has hit America worse than any other advanced nation.


US proposes change to shower rules after Trump's hair-washing moan

The US president's hair-washing complaints on Wednesday prompted the government to propose an easing of shower pressure standards. Biden and Harris say Trump has left America's reputation 'in tatters' at first event as running mates - live The Trump administration proposed rule changes that would allow shower heads to boost water pressure, after Donald Trump repeatedly complained that bathroom fixtures do not work to his liking.

No Check From Speaker Anytime Soon


FiveThirtyEight: Biden has a 71 percent chance of winning the White House

KANSAS CITY, Mo. - A man who spent 20 years serving Independence as a councilman and mayor has died. Don Reimal was 78. The city announced his death Wednesday in a news release. Reimal served as city councilman from 1994 to 2006. He was elected mayor in 2006 and served two terms, retiring in 2014.

After transforming Black Sheep on 39th Street into Black Sheep Community Kitchen , where he fed the hungry in Kansas City for months, chef-owner Michael Foust reopened his casual dining restaurant to the public in June with a surprise guest in the kitchen.


Sunny and stuffy for your Thursday

EASTERN PORTIONS OF KANSAS BUT OTHERWISE, OR AT LEAST CLOUDY. NOT BAD FOR MOWING. TEMPERATURES DROPPED THROUGH THE 80'S AND BY 9:00, 81 DEGREES. TEMPERATURES ABOUT WHERE THEY HAVE IN THE LAST FEW MORNINGS. 70 FOR TRENTON. OTTAWA 69. THE HOUR-BY-HOUR FORECAST CLEAR IN THE MORNING AND NO FOG THIS GO-ROUND.

Sorry, Claudia is not a hottie. Hotties are not chunky. Cute maybe.

Kamala Ferraro will never get there. She has too much baggage. He picked the wrong black vagina.

Most women, especially feminists, don't like when women use their looks and sex to work their way up the ladder and make a lot of money. Kamala is as guilty of a quid pro quo as Joe Biden and his firing of the Ukrainian prosecutor.

I bet Willie Brown, who was married at the time, has a few choice videotapes of the lovemaking with Kamala. He needs to get the DNC and The National Enquirer in a bidding war for those tapes. He would become richer than Jeff Bezos overnight.

Did we run out of hot girls ?

^^^^Interesting. I've been thinking the same thing, but as Mencken said, "You can never go broke underestimating the intelligence of the American people."

^^^Thats for sure! Check out the above two posters for proof of that!

You don't even need news, your TDS makes it up for you.

What happened? Demi finally find some clothes she could fit over her lard?

“We’ll be terminating the payroll tax after I hopefully get elected.”

“At the end of the year, the assumption that I win, I’m going to terminate the payroll tax."

Forget "defunding the police" (or as Trump says, abolishing and eliminating the police). Outright promises to defund Social Security and Medicare, which pays 65 million Americans and keeps them out of poverty, is a real political death wish.

Without funds going into the trust fund, the payments to retirees disappear. Good luck defending that MAGA heads.

That is not very politically correct. He picked the wrong person of color with a cervix.

That covers it without offending anyone.

It was factually correct. I don't do PC and don't give a shit about bent feelers. There are crying rooms for that.

As a proponent of MMT, Trump believes that he can eliminate the payroll tax and fund SS and Medicare with new debt at low interest. He is an idiot for believing that but he is not proposing eliminating SS and Medicare, just a different funding mechanism.

^^^ You CAN'T keep a program running without funding (especially ones as massive as Social Security and Medicare). Splitting hairs about taxes doesn't work here. He also offers no alternative funding to replace payroll taxes.

It's why there are specific trust funds and taxes for these programs. The programs will collapse immediately without payroll taxes. It will disappear.

Bandit will be crying after all the women the GOP has pissed off sweeps Trump and his party from offices nationwide.

Insulting and mocking women is costing your party votes. Please keep it up.

Bandit will be crying when his hero bankrupts Social Security and he discovers what it's like to be one of Romney's 47% without a safety net.