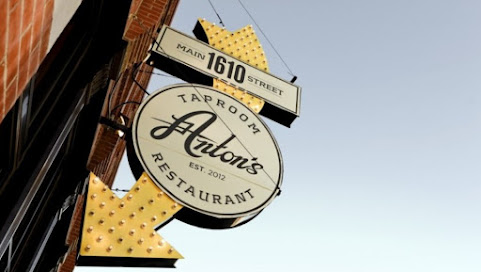 Over the past 24 hours Anton's has posted a litany of social media screeds criticizing City Hall and the Health Department for crackdowns and inspections this week. Posts have been deleted, re-posted and then ultimately removed as the social media presence of the luxurious lounge near the downtown Kansas City loop continually balks at new pandemic mandates and regulatory crackdowns.

Out of courtesy we're not going to upload any of the screeds but a great many local connoisseurs of upscale restaurants have taken notice.

Terms like "China-virus" and dreaded inspection "hit squads" and were under discussion among the local restaurant community enduring COVID-19 crackdowns  in the aftermath of reported citations and a surprisingly sympathetic response to the online tirade.

The point here is that Anton's has earned national acclaim from the New York Times and it's a well-funded operation with deep pockets . . . If they're sweating tough KC standards, just imagine the hardship faced by small-time outfits also working under the same conditions.

Sadly, it seems like an ingenious "ultraviolet system to disinfect customers" didn't really work and the reality is that the climate for small business in KCMO has become so oppressive that some of the finest establishments are forced to lash out and then stifle their concerns in social media tirades.

just doesn't pay to do business in kansas CIty anymore.

Everybody always has a gripe with regulated industries. But don't worry, in a few weeks KC might not have the cash to keep inspectors on the payroll. Then it's open season and everybody should probably think about eating at home.

Heres an idea
Until you Find out whether or not a Home less camp has the virus, leave everybody alone
Because if it wont spread there, i would think the population that actually values sanitation and hygiene will
Be just fine

Besides everybody knows it qball’s blm rioters that have wreaked havoc on the increase in Kung fu flu cases, him and the fake Rex archer are too chicken shit to admit their failed handling of the riots is and has been the problem.

We had 1087 cases the day they started the riots here, that’s almost a four month period and since the first week of June we’ve had an increase of over five thousand cases.

The normal people in this city have been doing the right things all along and what has become a typical dimwit response is to punish the whole city. If only they took control of the riots this shit wouldn’t have happened. Dimwit controlled cities are complete and utter disasters but hey, let’s not punish the rioters instead let’s punish the 99% of the population that has always done the right things.

The dimwit party has been overrun with incompetent idiots.

None of this should be much of a surprise, as pretty much no one at KCMO city hall has ever actually worked for a real for-profit business, much less run or owned one.
Just a bunch of nonprofit and public sector grifters playing at running a municipality.
Just keep that in mind and you may be disappointed or angry, but you'll never be surprised.

Time for businesses small and large to exercise some civil disobedience with the support of the general public.


The commie Quinton Lucas and his city hall commies are making it hard for these people. Quinton Lucas wants to be, and probably is schooled by Soros. Quinton Lucas wants to take you down. He thinks he's a globalist and there might be something in it for him. This virus is a dark political agenda and it needs to be stopped. You can't hide from a virus and you can't quarantine the country from it not to mention the cases are way down.

Why do you people keep referring to Trump's Cofefe-19 pandemic as the "Kung Fu Flu"?

Give credit where's its due, he told us long ago about Cofefe, aying "you'll find out what it means" - AND HE MEANT IT!

We call it the Kung Fu Flu because it came from CHINA.

Anton's...Poor service, cold food, rude staff. Unless you are wearing a $1,000, they don't want to serve you one of their shitty $11 beers. Would anyone miss it?

^^^^^They don't serve white trash like you so you have no idea what you're talking about.

They should move to 18th Vine to revitalize the area.

This never would happen if the Mob still ran the restaurant business in town.
The motto was: "Let Tuffy do it".

But @8:08 - it can't have come from China - President Trump took immediate and decisive action to block all flights from China, and he assured us that it was under control way back in January!
How can you dare to imply that Our President would fail to act and then would lie to the Citizens he works so hard to serve?

You must be one of those Fake News Trump Haters who tell so many lies about the Stable Genius who is leading this Country through the greatest period of prosperity History has ever known! God ordained Donald Trump and chose him to lead us through this time of tribulation, and you should fall on your knees and beg forgiveness for your hatred toward the Greatest American who has ever lived.

Never forget that Donald John Trump, winner of both the Presidential Medal of On Her for his heroic service in Violet Nam and the Nobility Piece Prize, has been chosen by God, Joel Osteen and Jerry Falwell Jr. as the most esteemed human being to have ever set foot on this Planet!

Fuck China and their virus. Racist or not, they are a nasty ass culture that has wrecked havoc on the world.

And they say TDS isn't real.

^^^ Irony is a very unreliable weapon, it shoots over their heads too frequently.