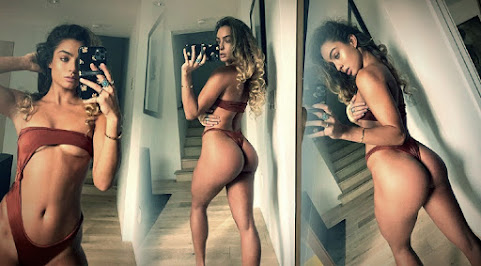 This morning we awake to Sommerinspiration and a peek at pop culture, community news and info from across the nation and around the world . . .

At Least One Kansas City Biz Booming This Summer

KANSAS CITY (WDAF) - The coronavirus is causing cities all across the metro to cancel July firework celebrations. But as the first day of legal firework sales kicks off in Missouri, some stores are already reporting major sales. "This is the biggest opening date we have had here for sure," owner of Big Mac's Fireworks, [...]

In preparation for a potential 2020 season, I'm going around the major leagues and writing some mean things about each team. This edition will go to the wonderful state of Kansas Missouri to hate on the Royals.

KANSAS CITY, Mo. - A Kansas City, Missouri, man was sentenced on Friday to eight-and-a-half years in federal prison without parole in connection to a $2.5 million tax fraud scheme that included stealing his childrens' identities. Michael A. Kheop, 53, was found guilty on Dec.

Sommer Ray just shared a new set of swimsuit selfies on Instagram. Unsurprisingly, she looks great in each photo. Consisting of six mirror selfies, the gallery post finds Sommer Ray rocking a rust-colored, one-piece swimsuit. Shot to capture a variety of angles, the pictures nonetheless have one thing in common: their subject looks stunning.

Donald Trump's campaign manager, Brad Parscale, was under pressure on Sunday after claiming hundreds of thousands of people had applied for tickets to the president's return to the campaign trail in Tulsa, only for the rally to attract a sparse crowd.


All eyes on Roberts ahead of Supreme Court's abortion ruling

Chief Justice John Roberts is under the microscope as the Supreme Court prepares to issue its first major ruling on abortion rights in the Trump era, which will give the clearest indication yet of the court's willingness to revisit protections tha

The president's former national security adviser discussed his new book. MARTHA RADDATZ: Ambassador, I want talk to you about specific foreign policies, and go country by country. But what I want ask you first is a very simple question. Why is this the book President Trump doesn't want anyone to read?

Health officials in South Korea believe the country is going through a second wave of coronavirus, despite recording relatively low numbers.

Three people were stabbed to death in a "terrorist incident" at a park in a town just outside London on Saturday, police said. Three others were left seriously injured in the attack. The attack took place in Forbury Gardens, a public park in Reading, a large town around 40 miles west of London, at around 7 p.m.

Don’t Let These Dogs Out

A new study has uncovered which dog breeds are at a higher risk of experiencing heatstroke during the summer months - and they found that, sadly, flat-faced dogs are more likely to suffer. In fact, brachycephalic dogs (breeds with shortened snouts) are twice as likely to suffer heatstroke compared to dogs with an average muzzle, such as Labradors, because they already struggle to breathe when resting.


A tragic crash leaves a family navigating the road to recovery

KANSAS CITY, Mo. - An Olathe teenager is no longer with us and his father and brother are fighting for their lives at the University of Kansas Health System. His mom, Missey Payne, struggles to speak her late son's name. Caden, 14, was killed in a terrible crash on June 5, 2020.

FAIRWAY, KS (KCTV) -- Chances are you've heard the saying, "Red skies at night, sailors delight." The old adage refers to the color of an evening sky foretelling of clear weather for the next day. The red skies are caused by the scattering of sunlight because of water vapor and other minute particles in the sky at sunset.

That's a lot of ass and news.


Why does everyone keep calling Trumps rally a fail? It was way more people than Biden has ever drawn in or Hillary or Obama. So there was some tickets that were sent to the democrat thugs to leave seats empty there was people outside and people watching on TV. Doesn't mean that he has less votes. How many did Joe Biden draw to Liberty Memorial? Wasn't even enough to fill the yard out front. You democrats must really be scared. I kinda hope Biden does well though because he hates blacks and wanted to keep segregation and that's what we need right now. I would even try to help him if he wins.

Poor Trump. The parade has passed him by, and he still thinks he's the cheerleader. Sad.

ABC's Martha Raddatz must have had a terrible childhood.

She is such a hateful individual.

Every second of every day she is angry at Trump. Trump is so in her head. Maybe Martha has a Daddy complex and Trump is her surrogate Daddy.

What a miserable life Raddatz must have.

And yet the Tulsa rally is evidence Trump may be the Norma Desmond of 2020--"I'm ready for my closeup, Mr. DeMille."

@8:06AM-Pot meet kettle. What a miserable life YOU must have, wasting so much energy on a news person you've never met. Coming on here to cry like a bitch over it signifies you've failed at life. God do something else loser, you're played out here.

I AM big! It's the Congress that's gotten small!

I AM big! And now for my next trick, I'll drink a glass of water with ONE HAND!

Didn't you just do the same fucking thing?

^^No gramps, I come here to smash geezer skull on the daily. It's so easy too. You CHUDS run snark, and I crush your skulls. Know the difference grampy. Now scram.

odds are you can't even get up from you chair without getting dizzy just like most readers of this blog.

The only thing you "crush" is your seat cushion when you fart into it all day.

I AM big! It's the crowds that have gotten small!

6:19 - You're funny. Obama has pulled plenty of fucking huge crowds. Seriously though, it doesn't really matter. The reason everyone is mocking Trump is he hyped this thing up like it was going to be Woodstock part whatever. And it was Spinal Tap. It was laughable. And Trump is absolutely butt hurt over it. He's a clinical definition of a narcissist and he was pissed that the thing wasn't packed. They had an outdoor stage planned for chrissakes and began dismantling the stage right away due to pathetic attendance. They sent out texts saying "there's plenty of room".

And then those in attendance yawned their way through listening to the typical Trump diatribe of personal greivances. Yay, Trump can drink water with one hand and walk down a ramp! The way political opponents live in the empty head rent free is quite humorous.

Now Trump is claiming that "phony Ballots" are being printed in unnamed "foreign Countries"!

No sane person ever felt that Trump would willingly leave Office if he lost the Election, now the only question is whether the Republican Party has the integrity and Patriotism to support the Constitution of this Republic or has sold its soul irrevocably to support of this would-be Dictator!

I AM big! Pay no attention to what Stormy says!

9:44 - Trump knows this is bullshit but it's also a tool for voter suppression. It's already happening in places during primaries. In the name of safety during a pandemic, Republican administrations are taking away polling places. As if that makes any sense at all. It now forces voters in 'certain' districts to stand in line for hours due to minimal polling locations.

Suppression is the new Republican strategy.

I AM big! It's my belt that's gotten small!

I AM big! It's my support that's gotten small!

I AM big! It's my diaper that's gotten small. (Damn that glass of water I drank with one hand!)

Damn! Sommer could be looking good with forty or fifty pounds liposuctioned out of that flabby ass!