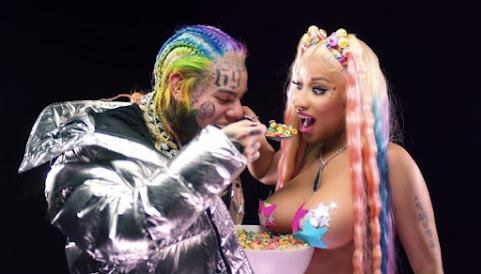 We're inspired to start the early morning with a celebration of life as we check pop culture, community news and info from across the nation and around the world . . .

KANSAS CITY, Mo. - In this world, nothing can be certain except death, taxes and life with COVID-19, and even that is a bit hazy. "We've all had this experience where you're driving in total fog. You're moving forward. You've got both hands on the wheel, it's white knuckle time," Jeff Jones, H&R Block's CEO, explained.


COVID-19 cases in young adults is on the rise

KANSAS CITY, MO (KCTV) - If you go for a walk around the Plaza, you'll find more businesses open than closed. Health officials say the part of the population most likely to visit businesses without masks and without adhering to social distancing guidelines are young people in their 20's and 30's.

Update: This page is updated daily as the coronavirus pandemic continues. The latest figures were added about 10 p.m. June 23. Since early March, cases of the new coronavirus have been reported in Kansas and Missouri. Worldwide there have been more than 9.2 million confirmed cases, with more than 2.3 million reported in the United States.

KANSAS CITY, Mo. - Owners of a Northland apartment complex have been fined more than $400,000. Last year, health inspectors shut down part of Englewood Apartments, finding 115 health and safety violations. Sewage back ups, cockroach infestations, asbestos, leaks and ceilings caving in are just some of the issues residents at Englewood Apartments dealt with for years.

6ix9ine and Nicki Minaj's "Trollz" blasts in at No. 1 on the Billboard Hot 100 songs chart. The song marks the first Hot 100 leader for 6ix9ine and the second for Minaj, who notches her first in a lead role. Plus, Lil Baby's "The Bigger Picture" bows at No.

President Donald Trump's top health advisers say that the coronavirus pandemic has driven America to its knees amid a disturbing surge in cases. But Trump is ignoring the new danger, instead using the worst domestic crisis in decades as a racist punchline.

A vaccine against Covid-19 may not work well in older people who are most at risk of becoming seriously ill and dying from the disease, say scientists, which may mean immunising others around them, such as children.

The European Union is planning to reopen its borders on July 1, allowing some travelers in for the first time since it closed them as the coronavirus pandemic began to grow in March. However, Americans might be excluded.


Russia is about to hold a massive show of military might in Moscow, and it's crucial for Putin

Russia will hold its annual Victory Day parade in Moscow on Wednesday, commemorating the 75th anniversary of Nazi Germany's capitulation in World War II. As well as a day of national celebration, the parade allows Russia to show off the range of its military personnel and equipment to the world.


Why it's so damn hot in the Arctic right now

Over the weekend, Verkhoyansk, Russia, hit a temperature of 100.4 degrees Fahrenheit. Researchers are still working to confirm the result, which may be recognized as a record high for the Arctic Circle. And the small Siberian town isn't alone.

KANSAS CITY, MO (KCTV) - A new campaign is underway to help support the Negro Leagues Baseball Museum in the 18th and Vine District. Launched by writer Joe Posnanski of "The Athletic," the campaign encourages people to "tip your cap" to honor the Negro Leagues in its centennial year.

Plenty of sunshine and a little warmer for your Wednesday. We will climb to a high near 85 today.

Lindsey Stirling - Between Twilight is the song of the day and this is the OPEN THREAD for right now . . . And AFTER THE JUMP we've got a few more news items worth a peek . . .

Daisy Garcia Montoya Editorial Assistant Families gathered on Saturday June 20 at Samuel U. Rodgers Health Center (SURHC) for the annual World Refugee Day celebration. Since 2010, SURHC has helped plan and sponsor the celebration along with other organizations.


Corporate Welfare Progress Inside The Loop

Though vertical construction has not yet begun on Waddell & Reed Financial Inc.'s new downtown Kansas City headquarters, visible progress has been underway. The company has erected a tower crane at the $140 million project's construction site, at 1400 Baltimore Ave., which spokesman Roger Hoadley described as a "significant early milestone" in a recent email.


Local man, auto shop get into heated battle over costly repairs and a truck that won't run

PLEASANT HILL, Mo. - You know life isn't going well when three police officers show up as you try to get your truck back from a repair job. The ugly mess started about two months ago when Derek Dixon noticed on his way home from work that his 2006 diesel pickup was having problems. A [...]

The Missouri Supreme Court is sending a lawsuit over absentee voting during the coronavirus pandemic back to a lower court for review. Supreme Court judges on Tuesday ruled that Cole County Circuit Court Judge Jon Beetem was wrong to dismiss the case. They're sending the case back to the lower court for further review.

In response to concerns over the coronavirus pandemic, the Johnson County Election Office is encouraging residents to vote by mail for the August primaries and November general elections. For the first time, the county sent out mail-in ballot applications to all registered voters.

A recalled bagged salad distributed to a dozen Midwestern states by grocery stores has sickened 122 people in seven states and sent 19 to the hospital, the U.S Centers for Disease Control and Prevention said Tuesday. The salad distributed by Hy-Vee, Jewel-Osco and Aldi grocery stores is contaminated with cyclospora, a parasite that can cause diarrhea, stomach cramps, nausea, and fatigue.

KANSAS CITY, Mo. - Homeowners in east Kansas City say they're fed up with the traffic, loud music and disruptions one rental home is bringing to their neighborhood. Neighbors said they first started having problems last year around August, and things haven't slowed down. "You can hear it four blocks away," nearby homeowner Lonnie Jackson [...]

KANSAS CITY, Mo. - The Boardwalk Branch of the Mid-Continent Public Library will be closed until further notice after a customer who visited Monday said they tested positive for COVID-19. The branch, located at 8656 N. Ambassador Drive in Kansas City, Missouri, closed at noon Tuesday.

lots on the menu this morning. Open wide!


Funny how there wasn't a viral surge when the RIOTS were going on. Now that that's over it's back to trashing Trump and blaming him for the virus and not any responsibility of the RIOTERS or Mayor spinless when he was kneeling in the middle of it with piss and crap in the streets.

Europeans watch U.S. national news so of course they get the impression that all of America is sick or already dead from the Kung Flu. They are not aware that most of the country has never even hardly seen any infections from this Chinese virus and certainly not at real rates any higher than experienced in Europe. Fake news does it again.

^^and yet the surge is very real in republican-governed states. Weird.

^^ Byron, you are up to 11 words. Congratulations over achiever.

The whole goal was to "flatten the curve." Now that we've done that, the experts move the goal posts again. Anything said on CNN can't be trusted. They're trying to make sure Sleepy Joe can stay mostly in the basement through this election. Unweird.

What a mysterious virus COVID-19 is.

It doesn't infect people shoulder to shoulder looting but it does church goers; any way that is Governor Granny Kelly's analysis.

Europe already has a travel ban in place for Americans. It is just that as they lift the travel ban between EU nations they are not likely to lift the one against travel from America even though some European nations had worse outbreaks in relative terms.

^^No one has had a worse response to the outbreak than the US. We are such a third-world shithole now.

^^and yet his absolutely and wholly relevant as opposed to you. Weird.

Bubba Wallace like Byron should be wearing an orange jump suit this morning for their fraudulent acts against this country.

The administration isn’t listening to Dr. Faucistein anymore so he has to go cry to Congress. Weird.

^^Gee whiz, thanks for your insightful legal analysis asshole. Move to Russia or some other banana republic where you can watch people get arrested for no reason and you can stroke out.

When are Soros, Hiliary and everyone else going to be arrested? Any day now? What's new with Obamagate? Is he going to be sent to Gitmo in short order?

11:28 - Cuz this administration is dumber than a box of rocks. Look at the dipshit in the Oval office. Pretty much sums it up.