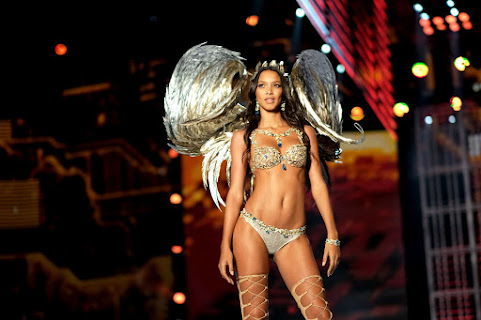 Once again for Sunday we share a peek at pop culture, community news and the latest headlines that have captured our attention . . .


An Industry in Crisis: How 7 Food & Beverage Industry Leaders Tackled the Pandemic - In Kansas City

This spring, COVID-19 precautions changed daily life for everyone in Kansas City. Those in the food and beverage industry were hit especially hard as restaurants and bars limited operations or closed, and many establishments found themselves forced to lay off employees. Keely Edgington, co-owner of the Westport cocktail bar Julep, opted to shut its doors...

Wheat started the week with more selling, pushing Minneapolis into new contract lows. On Thursday, the wheat complex had a strong reversal up, with Minneapolis forming a key reversal and Kansas City with an outside day higher. Both winter wheat markets of Chicago and Kansas City bounced off support levels, giving more energy to the reversals.

Kangaroos Look Before They Leap Back To School

As the spring semester comes to an end, UMKC is gearing up to make a decision regarding the 2020 fall semester. Some students are ready to resume courses on campus for the fall, while others think it may be unrealistic given the uncertainty of when stay-at-home orders will end and what other safety precautions will look like in efforts to help decrease the spread of COVID-19.


The reopening of Kansas and Missouri

Several counties and cities in Kansas and Missouri are planning to reopen businesses in restaurants in phases . Here is a look at what's opening:

Fight For The Angels

Source L Brands, Inc. (NYSE: LB) was hanging by a thread when I first wrote about the company in late-January. The only way for the company to get out of the waters, back then, was to sell the struggling Victoria's Secret (VS) segment.

Trump is set to travel to Arizona to tour a Honeywell plant on Tuesday. President Donald Trump is preparing to hit the road as he looks forward to what he has billed as a reopening of the country following a period of lockdown amid the coronavirus pandemic, even as the virus remains an ongoing threat.


Asia's 'murder hornet' found in US for first time

Enough already. Now, deadly hornets from Asia that measure up to 2 inches long have been found for the first time in the US - and researchers are worried they're colonizing. The aggressive insects, nicknamed "murder hornets," can wipe out bee colonies within hours and have stingers long and powerful enough to puncture beekeeping suits.

Measures requiring people to wear face coverings inside stores and restaurants to prevent the spread of coronavirus in Stillwater, Okla., were lifted by officials Friday after employees from these businesses said that they experienced threats of violence. Independent Mayor Will Joyce walked back an emergency order put in place until May 31, requiring the public to wear masks.

Thirteen days after the deadliest mass shooting in Canadian history, Prime Minister Justin Trudeau announced a nationwide ban on military-style assault weapons Friday. "These weapons were designed for one purpose, and one purpose only: To kill the largest number of people in the shortest amount of time," Trudeau said at a press conference in Ottawa Friday.

Get Out Of Town


If You Need To Get Out Of Kansas City, You Can Practice Social Distancing At These State Parks

Both Kansas and Missouri are poised to lift their statewide stay-at-home orders on Monday, May 4. Restrictions have been in place for nearly two months, which means many metro residents are probably getting stir-crazy. An easy way to practice social distancing while enjoying the spring weather is to get out to one of Kansas' and Missouri's state parks, which are still open during the COVID-19 crisis.

by: AP Wire Posted: / Updated: KANSAS CITY, Mo. - Kansas and Missouri are resuming their bitter Border War in football after the former Big 12 rivals agreed to a four-game series in which each school will play two home games beginning in September 2025.

The scattered showers should be in the Kansas City metro area through 8 a.m. Sunday.

Profit model and a fashion idea for you TKC, start placing affiliate links for Trump masks. They will sell in this dump. Believe it!

"Students who attended class on campus before UMKC moved all course work online feel it has lowered the quality of their education."

This is definitely true. It is impossible to have classroom discussions with the professors and other students online, and learning to deal with different personalities and opinions is something we all must learn if we're to have any hope of success in the real world.

Will there be a price cut for online learning? My kid is a senior in college and they only have one hour a week for online classes, she had a regular 15hr schedule and now it’s down to one hour. #givebackthemoney

colleges are going to be headed to a rude future unless there's a miracle cure soon.

The Canada false flag is starting to bear fruit.

Ted Nugent said Hillary can sit and spin on his assault rifle. Quite the upstanding citizens...

^^^ you’re right, just seeing or hearing anything about the nasty ugly witch Hillary is disgusting.

Thank you Reiger for serving 500-1000 Styrofoam containers everyday to the homeless who throw them away on our streets. What a welcome image it is to downtown traveling from the South.