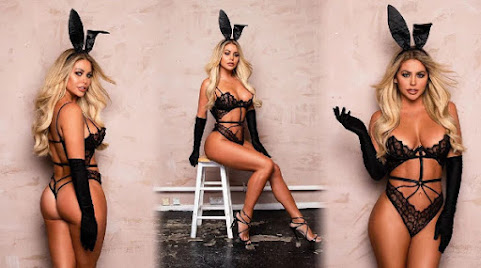 An after Easter appreciation of pop culture, community news and info from across the nation and around the world . . .

With so many people staying at home, Kansas City is offering an extra no-tag week for trash collection next month.The special no-tag week goes from April 13-17.The additional event is expected to help residents following Kansas City's stay-at-home order and the cancellation of many previously-scheduled neighborhood clean-up events because of coronavirus pandemic."We realize with so many working from home and also conducting spring cleanings this time of year, it was important to help ensure everyone's trash is removed properly," said Michael Shaw, solid waste division manager.During no-tag week, residents may place up to 12 bags at the curb.


KC gas station helping out essential workers at the pump

KANSAS CITY, MO (KCTV) - It's the little things that keep people going in times like this, little things like a good deal on something everyone needs offered by a KC convenience store helping essential workers stretch their dollar little further than usual.


18 homes evacuated in Overland Park due to gas leak

KANSAS CITY, Mo. - UPDATE, 3:40 p.m. | The gas leak has been stopped, according to Overland Park Fire Department officials. OPFD said in a tweet that Atmos Energy "shut off flow to the line." No injuries were reported, and residents "should be able to reoccupy their homes."


Kansas City school whistleblower sues district, says he was forced out of his job

Former KCPS employees say that former Superintendent Steve Green directed them to alter attendance records. The former Kansas City Public Schools worker who blew the whistle on the district for sending faked attendance data to the state is now suing the district in federal court.


Millennials Are the New Lost Generation

Compounding their troubles, Millennials are, for now, disproportionate holders of the kind of positions disappearing the fastest: This is a jobs crisis of the young, the diverse, and the contingent, meaning disproportionately of the Millennials. They make up a majority of bartenders, half of restaurant workers, and a large share of retail workers.

Big Brother star Bianca Gascoigne has channelled her inner temptress this Easter, ditching her clothes in favour of skimpy laced garments instead. Looking sexy as ever Bianca smouldered for the camera as she let her curves do all of the talking.

As state governments and hospitals have scrambled to obtain masks and other medical supplies during the coronavirus pandemic, scammers attempted to sell a fake stockpile of 39 million masks to a California labor union. The Los Angeles Times first reported on Sunday that the FBI had uncovered the scam, which has been traced back to a broker in Australia and a supplier in Kuwait.

A British hospital matron who was once photographed with Prime Minister Boris Johnson died of the coronavirus just months before she had planned to retire, according to a new report. Sara Trollope, 51, a mother-of-four and grandmother who spent 33 years working for the National Health Service, died at Watford General Hospital Saturday after battling the virus for a week, Metro UK reported.

INDEPENDENCE, Mo. - Normally, in mid-April, Campus RV Park in Independence, Missouri, would be kicking off its tourism season. Because of stay-at-home orders, the RV park is seeing tourists cancel trips, but it is making up for it in other ways. Leslie Sherman, who runs the park's office, said more campers are lining up for long-term stays.

Here's a way to support your community through this pandemic: KMBC and KCWE are joining other Kansas City broadcasters for OneKC, a day of giving.All money raised stays local, providing food, housing, healthcare, job services and other critical needs for those affected in our community.

LAWRENCE, KS (KCTV) - The Kansas Jayhawks will see changes in their backcourt next season as sophomore guard Devon Dotson announced his plan to declare for the NBA draft on Monday.


Tuesday will still be chilly

Hide Transcript Show Transcript MOVING IN BUT NO RAIN OUT OF THE CLOUDS FOR US. WE WILL CONTINUE WITH DRY WEATHER HEADING INTO OUR EVENING. TEMPERATURES HANGING OUT IN THE 40'S FOR THE NEXT FEW HOURS. COOLING INTO THE 30'S BY 9:00 THIS EVENING. BACK BELOW FREEZING EARLY TUESDAY MORNING.