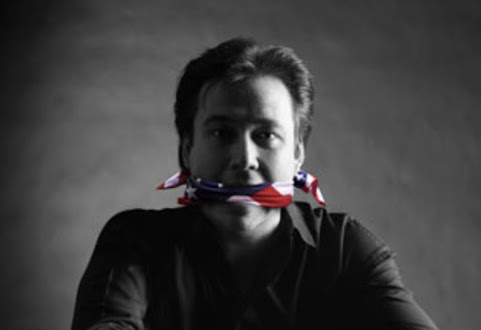 Fair warning, the activists in this clip aren't anywhere near as captivating or insightful as Bill Hicks.

Their "audit" of free speech, access and transparency practices in local government is an oddly captivating train wreck that seem to prove Americans aren't free to loiter around a lobby, loudly asking questions in the midst of a pandemic.

Again, to be fair . . . They picked the only local government building that's still partially open given that every other "public" facility is off limits, locked down or just closed.

As long as the left says what they want. It's freedom of speech. That's what seems to be .

I do not consent to the search and seizure of my temperature.

"I'm here for a public records request. Do you know when the U.S. Constitution was shredded?"

Righties want to have the free speech to organize white supremacy and genocide of minorities. Nope you don't have the right to speak freely about Nazi shit.

They are cute.
Wonder which ones are available for date for the weekend?
I pay top price.

3/5 of the constitution was shredded by the great heroes who wrote it.

Top price For what? Goading government dweebs into pants pissing?

We actually do have the right to speak about anything we want. Look it up.

You know as much about the Bill of Rights as you do about the real, long-expired threat of the Third Reich.

And they were great heroes. Thanks.

They need to turn their ball caps around.

No you really don't have any 1st amendment right to organize Nazi shit. But it's only Nazi Shitheads who want to, whether hiding under mama's bed or in her basement.

Let's say you have weirdo Nazi beliefs. You have the right to talk about it as much as you like whenever and wherever you like. The courts have rejected prior restraint and frankly it's as clear as day in our founding documents.

Which again, you know zero about.

Care to display your ignorance some more? Oh fuck! Look behind you it's a Nazi!

^^It's devoted fans like you that make it all worth it. I'll keep posting, you keep reading! Thanks again!

No problem Chimpy! It's good to see you have fully embraced your status as the blog pet. Lol

^^^As I am glad you have fully embraced me as the blog’s best writer. Remember: I’m the reason you exist here. You keep reading, I’ll keep delivering. Thanks for being my biggest fan.