DON'T DEPEND ON SOCIALISM?!? BERNIE BACKS OUT ON KANSAS CITY RALLY!!! 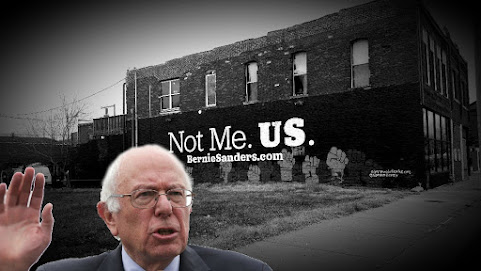 Turns out the youth vote isn't working out for Bernie and his continues to lose ground.

Today's local disappointment and just a bit of a betrayal against so many local progressives who have put themselves out there front and center for the socialist crusader:

The urban vote has picked Biden over Bernie. Congressman Cleaver is dutifully delivering his delegates to the former veep. And so Bernie rushes to STL in order to play identity politics in more fertile ground for sowing discontent with the status quo.

Too bad. It might be too late for the local homeless to start working on hitching a ride.

Bernie probably decided visiting KCMO was not worth his time for only a handful of voters. Coffee shop in Baytown was not available to host his meet and greet.

^^^ Stupid but maybe. His campaign is obviously sputtering. Biden is the man who beats Trump. Sorry.

The optics aren't good. Flights aplenty between STL and MCI. No love for Kansas City from Bernie Sanders.

He knows there isn’t enough support from kc, it was smart to go to St. Louis instead, that maybe the only real stronghold for him in Missouri.

I do think it’s funny that little ole st Louie and number one for murder still beats kc like a red headed step child! We suck at everything! Hahahahaha!

I'm still voting for Bernie. Burisma Biden belongs in jail. They will chanting lock him up by November.

The disappointed Little Hammer and sickle kids will have to keep typing on Tonyskc. Worried that one day they'll have to leave Mommy's nest.

Damb was looking forward to the girls that don't shave all being in one spot.

Bernie has California and doesn’t need the homosexual progressives here.

Wow. KC must have one sliver of independence and self-respect left that turned Bernie off.


Bernie cancelled out of his Mississippi rally too. Looks like he's already jacking people around. Instead he's going to Michigan and St Louis.

Do you think Biden will remember where he's at when he comes to KC? You folks better remind him or he might get lost, seems he doesn't ever know where he's at or even what he's running for. So don't forget to vote for him and he can be President Dementia. Perfect!

Don't sugar coat it. Tell it like it is.

Keep your daughters and wives away from creepy Joe.

Every time someone says Bernie my butthole twitches. Weird.

Who cares where Bernie Goes or doesnt! Trump will win a second term its a lock!

Corona virus isn't Trumps fault, but the hysteria is being driven by the Democratic loving left wing press.

Trump's incompetent response his is fault.

Markets are markets. It's just business. They deal in numbers and they are down. Way down.

But I'm sure that's orchestrated by the leftist media too, right?

The facts of the virus are what is incompetent. Trump is dambed if does dambed if he don't. Any one in his position regardless of party affiliation would be in the same position. Over react or under react no one will get it right.

The facts are incompetent??? What's dambed? Obama got it right. You human or bot?

Trumps arrogance is causing him to diss the experts. This may well be his Waterloo.

If Zombie Joe flops spectacularly in the weeks ahead just by showing up and running his mouth, Bernie could be the Last Man Standing.

Hillary lurking behind the curtain.....just waiting

The choice for 2020 looks more and more like selecting deranged or demented. What a country.