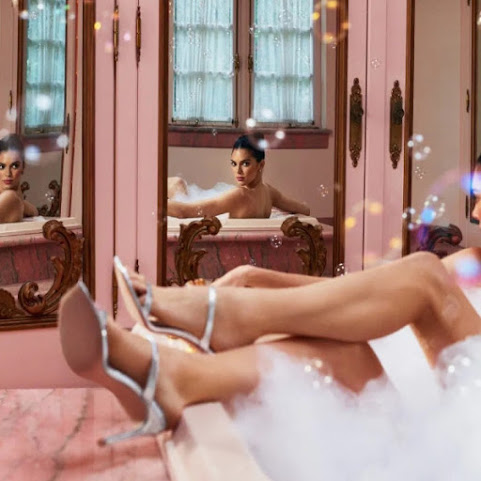 The return to the Monday grind has been productive and right now share a quick peek at pop culture, community news and so much more . . .

KANSAS CITY, Mo. -- In August the Kansas City Zoo announced they are investing $10 million into the elephant exhibit over the next year, and the zoo is expecting construction to be complete in May. In addition to upgrades for the elephants, there will also be upgrades for visitors who want to spend more time with the elephants.

Nearly three decades ago, Royals star George Brett raced out of the visiting dugout at Yankee Stadium and got in the face of rookie umpire Tim McClelland, instantly transforming what had been a run-of-the-mill regular-season game in mid-July into an iconic moment in baseball history.It became known as "The Pine Tar Game."

A long-time Kansas City Chiefs fan is a little bit lighter. Loy Baker began growing his ponytail 25 years ago after the Chiefs lost to the Indianapolis Colts in the AFC Championship game. He swore back in 1995 he would not cut it until the Chiefs won the Super Bowl.

LEE'S SUMMIT, MO (KCTV) -- This time of year, people are getting important tax documents in the mail. Seeing your mailbox wide open and mail blowing in the wind, might cause a panic.


Kendall Jenner Gets Wet In The Bathtub For Sultry New Photoshoot

Kendall Jenner is showing off her curves in a new snap from her risqué photoshoot for Vogue Italia. The Italian edition of the high-fashion magazine shared a look at one of the sultry photos from the shoot on Instagram on February 3, which showed the Keeping Up With the Kardashians star revealing a serious amount of skin as she posed in the bathtub.

Less than 24 hours after Kendall Jenner made her much-anticipated debut on TikTok, the model's account disappeared. Business Insider has since discovered that the verified account was likely a fake. The account @kendalljenner - which TikTok gave a blue checkmark to verify its authenticity - attracted nearly a half-million followers in just two hours after it posted its first video.


Quinnipiac: Nearly Half of Biden's African-American Supporters Have Abandoned Him | National Review

A new national Quinnipiac poll shows Bernie Sanders jumping out to his biggest lead in any national poll of the Democratic primary: Just before the Iowa caucuses, the topline numbers in Quinnipiac's late-January national poll were: Biden has been counting on South Carolina as his firewall (where two-thirds of Democratic primary voters are black), but the new national Quinnipiac poll shows support for Biden among African Americans dropping from 52 percent to 27 percent since the Iowa caucuses.

The Kansas City Royals will celebrate "Reporting Day" when pitchers and catchers arrive in Surprise, Arizona, for spring training with a special no-fee sale for Opening Day tickets.The Royals are scheduled to face the Seattle Mariners at 3:05 p.m. April 2 at Kauffman Stadium.The Royals said the sale begins at 10 a.m.

Rage Against the Machine is reuniting for its first tour in nearly a decade and the band is coming to Kansas City in May.The hard rock group is launching a seven-month world tour starting March 26 in El Paso, Texas.

KANSAS CITY, Mo. - Start growing your hair out now. Heavy metal rockers Megadeth and Lamb of God are co-headlining "The Metal Tour of the Year" across North America in 2020. The 55-city tour, which also includes Trivium and In Flames, was announced Monday. It includes summer and fall legs with a stop Oct.


No snowfall surprises through early February

So far, the winter of 2019-2020 hasn't exactly been one to remember. There's been a few days where we were abnormally warm and cold, but nothing like the widespread Midwest Arctic plunge in late January last year. And the same thing can be said of our snowfall.