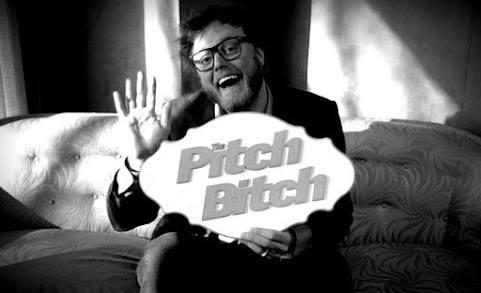 The Pitch is no longer interested in Kansas City news.

For a couple of years they've manged to publish a few decent stories that might have been slanted but still offered an important perspective about news and politics in Kansas City.

Now, for the most part, the new hipster owners are far more focused on night life, foodie reporting and the same kind of garbage content that any Instagram page could easily mimic.

The freelancers didn't help. So many old school newsies like Barb Shelly fed the magazine Democratic National Committee talking point pieces that simply didn't generate buzz. Other, younger writers played it safe and seemed far too "woke" to really push boundaries and hit readers with ALTERNATIVE LOCAL IDEAS that are usually discounted and ignored amid the slop of social media missives. Most of The Pitch staff is also freelancing at KCUR and they seem to understand that 50 bucks for an occasional assignment won't really benefit them very far into the future.

Election coverage form The Pitch was inconsequential and as Prez Trump has ignited a firestorm of local debate and activism . . . The stories in the monthly mag haven't reflected the reality of urban divisions and metro political life that has been bolstered by activism in response to the MAGA era.

David Hudnall, an exceptional journalist who guided The Pitch through a year of transition doing MORE WITH LESS, still lists himself as the Editor-In-Chief on Twitter.

@brockwilbur: "Some Personal News: I have accepted an offer to become the new editor-in-chief of Kansas City's alt magazine The Pitch. The publication is celebrating its 40th anniversary of being a cultural cornerstone in the Midwest. I'm looking forward to making it weirder than ever before."

"I’m Brock Wilbur. I was raised in a small Kansas town, I went to college at Northwestern in Chicago, did ten years in LA and now bounce between there and Kansas City. I write books, video games, and movies for a living and I perform standup comedy because I have a lot of ideas that feel better when they are shouted. I didn’t fully believe I was a journalist until I helped expose the NXIVM cult to the world. I also do some acting and music and tap dancing (when no one is looking) but you probably didn’t come here for the tap dancing. I run shows for Crooked Media and I write books about things that break my heart."

DON'T HATE ON THE GUY!!! HE SEEMS COOL AND HIS HIRE MERELY REFLECTS THE MISPLACED PRIORITIES OF THE NEW MANAGEMENT!!!

His writing is mostly comprised of bylines for those junk news sites mostly composed of embedded tweets. There's NOTHING wrong with that. He's a really funny standup and seems exceptionally versatile for somebody who stands at 6'7. But he's not a the kind of journalist that a magazine with a 40 years of local history would typically hire.

The Pitch continues in name only.

The future of the "magazine" seems more like a hipster shopper and we notice several copies sitting on newstands without much interest.

Real talk: With all of the washed up newsies slumming around this blog, the library and KC Public TV; it's odd that they didn't go with somebody who had more experience and more local connections.

Apropos for #TBT, The Pitch of old offered a street level guide to Kansas City and a counter-culture focal point.

The new owners have simply turned the publication into their private party and collection of funny friends with little impact on local policy or the discourse.

Ever here of giving a person a chance? He could surprise you! Vice had a decent publication at one point. I think he could do some good stuff!

Your it Tony. Our last line of defense between a Republic and Democratic Socialism.

Agree on David Hudnall, but you are being way too negative about Barb Shelly. I didn't agree with her all the time, but everything she wrote was well researched--much more so than just about anything in the KC Star (except for the NY Times and WA Post articles the Star reprints).

They will be a success with plenty of titays.

If her articles were a table,everything would slide off to the left...

7:36 I have seen this guy's act. He is pretty funny but after he is done, he tries to sign you up for Amway. He steps down off of the stage and does the Glen Garry - Glen Ross close on you where you feel inadequate about coffee.

Amway products are ok, but I think it is really a pyramid scheme.

He does have a nice watch.

By the way, TKC has my email and if anyone is interested, I have 28 dozen boxes of Nutrilite that I would let go cheap.

Proof that Chuck is anti-Semetic.

Wilbur looks like he needs to go into rehab. He looks sick.

^^^ NO, proof that everyone hates your stupid "Why are you not at work" posts. We are anti-Emetic.

Never heard of this idiot. He also looks like a very unstable person.

Never trust anyone as tall as James Comey who can't dunk a basketball.

^^Why aren't you at work? Why don't you have any friends you can bore with this shit???

In hiring a comedian to "run" their operation, the Pitch is just following a long-time KCMO trend.
The city government and the Star have been "led" by clowns for years.
Join the parade!
Be sure to take lots of selfies!
Momentum!

8:59 Hey douchebag we have all kicked in and bought you some tickets for a nice long 'European' vacation with Liam Neeson.

That repetitive repartee should work well in Kazakhstan.

@9:13 is just pissed off because he doesn't like change, especially at a newspaper that he like so much that he just sent the Pitch $243.17 for a four year subscription!

Chuck-nobody here wants to here your boring retorts. 8:59AM is right, we aren't your friends- Cliff Clavin. Give it a rest. You post too much!

Another privileged white dude who thinks he knows better. Fuck him. Douche.

I've never met anyone named BROCK who wasn't a douchebag.

Only on TKC do you see a dickhead questioning why someone else is posting and not at work. Chuck is a free man last I knew and works when he wants to. I'm sure several of you who post your hate all day are either total bums living off the your parents with hang sheet walls in their basement or at work fucking your boss over by wasting your time all day here on TKC when you technically should be fired for being such a douchebag slacker.

Me I'm on my three day weekend off from work and enjoying the hell out of it.

You send some postcards chuck, let us know how it is six feet under.

^^^^And yet here you are all day long doing exactly the same thing you give people shit about all day long. Stop calling people losers because nobody can be a bigger loser than you.

^^and yet you somehow are. Weird.

It's 2020 and you've been offered the chief position of an irrelevant deadtree publication. Need I say more?

So he's what $50k a year and two weeks vacation will get you. Unemployment really is at a low if they're hiring this guy.

nobody here wants to here

Your opinion on ANYTHING is suspect when the above is an example of what you post.

The pitch used to have a correspondent in Jeff city and Topeka. We are up to our eyeballs in media but we are in short supply of actual journalism. -Radish