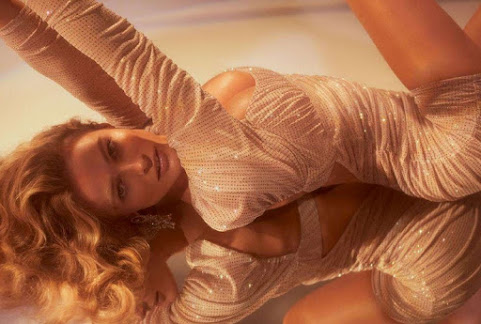 Our nightly collection of local news, community reporting, pop culture and other interesting items for our Saturday night guests.

KANSAS CITY, Mo. - The Kansas City, Missouri, police department had all paws on deck for the recent retirement of an officer and his K-9 partner. Officer Dave Edwards retired Friday after more than 30 years of service, while his four-legged companion Ike served for eight years.


Things to Do and Essential Experiences in Kansas City | Visit KC

With festive lights, iconic performances and a blowout bash to end the decade, it's easy to make the most of every day with 31 unforgettable things to do during December in Kansas City. Get Started

A proposed partnership would aim to convert methane from dairy farms across the United States into a source of renewable natural gas. Dominion Energy and Vanguard Renewables recently announced the more than $200 million nationwide strategic partnership. According to a release, the natural gas could be used to heat homes, power businesses and fuel vehicles.

Artificially-generated faces of people who don't exist are being used to front fake Facebook accounts in an attempt to trick users and game the company's systems, the social media network said Friday. Experts who reviewed the accounts say it is the first time they have seen fake images like this being used at scale as part of a single social media campaign.

Rocket Man Suprise On The Way

North Korea has expanded a factory linked to the production of long-range nuclear missiles, according to a new analysis of satellite photos provided to NBC News that bolsters a growing expectation the country soon will resume testing a capability that threatens the United States.


Highlights and takeaways from the historic week that Trump was impeached

On December 18, Donald Trump became only the third U.S. president to be impeached. The House voted to impeach him as Mr. Trump held a rally. He was impeached for two reasons: abusing his power and obstructing Congress. The first charge related to his dealings in Ukraine. He withheld U.S.

Out Of This World!!!

President Donald Trump has officially funded a Pentagon force focused on warfare in space - the US Space Force. The new military service, the first in more than 70 years, falls under the US Air Force. At an army base near Washington, Mr Trump described space as "the world's newest war-fighting domain".

KANSAS CITY, Kan. - A young woman from Gardner, Kansas, who donated one of her kidneys this week set off a chain of events that will save several lives. Alli Shappell knew she wanted to be a kidney donor when she was a junior in high school after portraying Shelby in a play version of "Steel Magnolias."


Adventures at Linh's Vietnamese Cuisine, where the quirks are abundant and the banh mis first-rate

Linh's bakes crusty-soft baguettes fresh daily for its banh mi. // Photo by Zach Bauman Restaurants are theaters, at their core. Consider the "cast" of an average Kansas City restaurant, the flurry of waiters and backwaiters and hostesses working together like a syncopated chorus line.

The Kansas City Royals have reportedly agreed to terms on a one-year deal worth $3 million with free-agent third baseman Maikel Franco, according to ESPN's Jeff Passan. According to Passan the Royals plan to use Franco, who was non-tendered earlier this winter by the Philadelphia Phillies, as their everyday third baseman.

somebody mentioned the word "pablum" a couple of days. I had to look that up but I was insulted!

Such a shame that nicer stories about our city are so easily dismissed or lumped into one simple category. We need more good news about KC!

^^^^^ Here's some GREAT NEWS for you -
Sly James and Jolie Justus are out of Office!