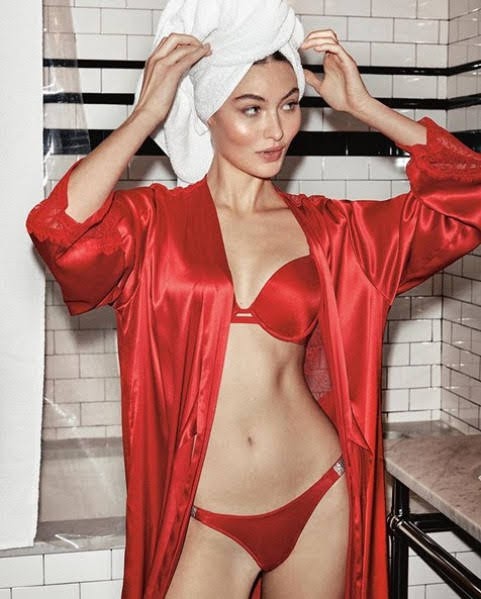 This morning we start with hottie fashion, community news and a great many items of interest from around the world. Let's take a peek . . .

Kansas City's holiday season is in full swing heading into December's second weekend, and whether you're looking for family friendly cheer or where to get a holiday beer, there's no need to look far. However, if you're saving the celebration, weekend plans could include Jayhawks vs.


Charges filed after locals are ripped off by roofing company

KANSAS CITY, MO (KCTV) -- From normal wear and tear, to storms ripping shingles right off... Customers with roof problems paid a local company to fix them but wound up getting ripped off. As KCTV5's Emily Rittman discovered, an investigation by the Missouri Attorney General's Office led to charges in three counties against the same business owner.

Thrive Health Connection, formerly known as the Good Samaritan Project, is hosting the "Think Like A Man" Men's Health & Empowerment Conference. Organizers said the goal is to open the conversation about sexual, mental, physical and financial health for African American and Latino men.

MERRIAM, KS (KCTV) -- A woman has been displaced after a fire caused smoke and electrical damage to her house. Firefighters went to the home in the 9900 block of W. 60th Terrace and could see smoke coming from the house when they arrived.

After 24 years, the Victoria's Secret Fashion Show has been canceled. A true loss! No footage of leggy blondes and brunettes and, like, three or four black women trotting down a long runway this Christmas, flirting with Grown Baby Shawn Mendes or nearly knocking Ariana Grande over with a 15-pound feathered wing.


Johnson: I will repay the trust of voters

Boris Johnson has said he will work "night and day" to repay the trust of voters after he led the Conservatives to an "historic" election victory. With just two seats left to declare, the Tories have a majority of 76.

WASHINGTON - After President Donald Trump mocked teen climate activist Greta Thunberg for being named Time magazine's "Person of The Year", the first lady's anti-bullying campaign "Be Best" was trending online. Trump was named Person of the Year in 2016 after the election and has criticized the magazine for passing him up in the years since.

In a letter sent Monday by a high-powered law firm to Warner Bros.


Jayhawks willing to embrace No. 1 ranking - if it comes | Tale of the Tait

during the second half, Tuesday, Dec. 10, 2019 at Allen Fieldhouse. by Nick Krug Not surprisingly, Kansas basketball coach Bill Self's first thought after learning of Texas Tech's upset of No. 1 Louisville on Tuesday night was about the Red Raiders and the Big 12. "It's a great win for Tech," Self said.

Fans have high expectations for Eliah Drinkwitz, the newly named University of Missouri head football coach, but a former college president's research has found that if history holds, Tigers fans' hopes could be dashed. But former Kansas State University President Jon Wefald estimates that Drinkwitz, or any coach in a similar position, has at best a 30% chance of success.

KANSAS CITY, Mo. -- There's no doubt our MVP has taken Kansas City by storm. But a Raymore man wanted to explain how the ladies of Chiefs Kingdom have particularly taken to QB Patrick Mahomes. So he made a pretty impressive music video to the tune of a country song from another star who's played in Arrowhead, too.

Scammers would have an easier time if they ran for office.

I’m gonna miss Victoria’s Secret, without them all we have left is big fat butt women........ ewwwwww, disgusting.

Corbyn was pretty far left and it did him and Labour in. Obviously there's similarities and differences between the US and UK but Democrats best bet will be a centrist candidate.

THINK LIKE A MAN!
IN OTHER WORDS, ACT WHITE!
GET YOUR ASS SHOT BY SOME SUBHUMAN FOR NOT ACTING LIKE HIM!

bojo is a smart fellow.