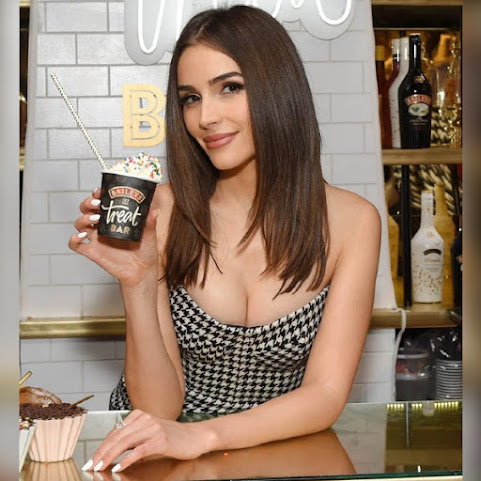 Quick peek at pop culture, community news and a few more items of interest for our blog community . . .

KANSAS CITY, MO (KCTV) -- As AAA anticipates a record-breaking 115 million people to fly over the next week, holiday travelers and Chiefs fans on the way to Chicago filled up Kansas City International Airport on Friday morning. Unemployment is lower than in previous holiday seasons, and AAA says that could translate into more people splurging on gas or plane tickets.

KANSAS CITY, Mo. -- One person is fighting for their life after someone shot them multiple times late Wednesday, Kansas City police said in a news release. The shooting happened around 10:51 p.m. at Luichi's Mini Mart, which is near Prospect Avenue and East 67th Street.


Downtown Overland Park is growing up: Retail, high-rises are 'the way of the future'

After decades of trying to revitalize Overland Park's historic downtown, community leaders say the area is finally in the midst of a modern renaissance. A short walk from the first commercial building ever constructed in Overland Park and a 70-year-old independent theater, hundreds of luxury apartments and several modern office spaces are popping up.

INDEPENDENCE, MO (KCTV) -- Take a walk through the public works parking lot of snow plows in Independence and part of the problem practically smacks you in the face. They have 22 plows. The 11 oldest were bought between 1990 and 1997. The floorboards are rusted away in some.

Viewers in Chiefs Kingdom don't have to be masters of X's and O's or clock management to manage their time wisely on game day. During halftime, time outs and commercial breaks, fans can go from arm chair quarterback to having arms like Chiefs Quarterback Patrick Mahomes.

President Donald Trump received a loud ovation when he participated in the coin toss ahead of Saturday's Army-Navy football rivalry game in Philadelphia. But troops' actual feelings about the commander in chief appear much more ambivalent in the latest Military Times survey.


Robot can make 300 pizzas an hour

A robot will be serving food to thousands of guests at next month's Consumer Electronics Show (CES) in Las Vegas. Seattle-based Picnic says its automated food assembly system will produce up to 300 12-inch customized pizzas an hour on the CES show floor. CES 2020 takes place January 7-10, 2020.

Sound Of The Season


It's Their Busiest Time Of The Year, But Kansas City Organists Say They Aren't Just For Churches

Organist Jacob Hofeling started working at St. Luke's Episcopal Church on Christmas Eve. He'd moved to Lawrence to get a doctorate in organ performance at the University of Kansas and was looking for a job. "As I was applying, St. Luke's really needed somebody on Christmas Eve specifically," he says.

Kansas City's holiday season is peaking with what may be an extra-long weekend for those who used their vacation days wisely. There's a full spread of weekend events celebrating the season if you're cramming in the cheer ahead of next week's hump-day holiday. 4 - 7 p.m.

More cloud cover is expected for our Friday, but temperatures will stay mild in the upper 40s for highs. Enjoy the weekend with highs in the upper 50s by Sunday!

Weather is nice today. Hope that doesn't mean the thugs start killing each other again.

Hope in one hand, crap in the other.

See which fills up first.

^^^ Sure the military times is making it all up. The report just shows his numbers falling slighting. The problem with Trumpers is that they deny the facts and try to invent their own reality. The President is Impeached. His legacy has been ruined. He is now tarnished. Live with it. It's reality. Sorry but the facts are more important than your feelings.

Oh 8:23, you pathetic fool. The rat fuck dems have set themselves up for the biggest butt fucking by pushing thru this impeachment sham. When God Emporer Trump (easily) wins in November, he will make you fuckers pay.

Retail, high-rises are 'the way of the future'


LOL yes construction and flipping is about the only racket left in the area on both sides of the Shit Line we know that.

Poor KCI, the airport that just won't stop working. They've got that thing jacked up all over and it STILL functions more effectively than any other airport in the Country. What a boondoggle.

With Olivia behind the bar, serving up Baileys Espresso Creme, guys were standing in line to take their shot!!!

Downtown OP trying to grow up, funny, Lenexa and Olathe are doing the exact same thing. Good luck with that.

Wonder what the "average" rent is jacked too?

The Military Times poll doesn't offer much encouragement to those basement Commandos threatening a Civil War over Trump, does it?

Good luck holding a poor quality semiautomatic M-16 clone when a Bradley roars down on your ass, Cletus!

Taking out a loan to fix up a property? Dont they know they can steal tax money for that?

Trump faked a medical condition to dodge the draft, publicly ridicules Gold Star families, insults the widow of fallen Army Ranger, mocks POWs as dumb for getting caught, skips WWII ceremonies in France because it's raining, holds an interview in a WWII military cemetery to insult his political opponents, skips a trip to Arlington on Veterans Day, used grieving families pain from Dover to tell their confidential and graphic experiences about returning remains at his rallies, deployed troops away from their families to the southern border last Christmas for a fake emergency, diverted funds from projects earmarked for solders housing, schools and other on base improvements for his border wall, pardoned unrepentant US soldiers convicted of war crimes undermining military discipline, lies about ending overseas deployments, orders troops to stand over oil fields in the middle east, offers to sell US deployments to the Saudis to guard their oil facilities, and steals money from Wounded Warrior charities.

Gee, I can't image why Trump's support has dropped among the troops.

I wonder which units had time in their schedules to kick their feet up and browse through the latest "hot off the presses" edition of military times to the poll section. Maybe next month's question will be "are you compatible with your CO? take this survey to find out!!!"