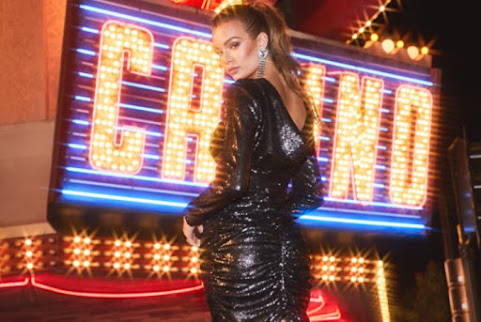 Tonight we share a quick peek at this gathering of local news, community reporting, hottie considerations, pop culture and so much more . . .


A Stolen Laptop Contained Data For More Than 114,000 Patients At Truman Medical Centers

For the second time in four months, Truman Medical Centers has suffered a data breach, this one involving more than 114,000 patients. The Kansas City safety net hospital informed the Department of Health and Human Services' Office for Civil Rights that the cause of the breach was a laptop theft on Dec.

BLUE SPRINGS, Mo. -- Congress is a step closer to approving a $1.4 trillion spending bill. One item, $25 million earmarked for gun violence research, is getting a lot of attention. It's this exact type of violence that kept Colby Stephenson from reaching his 17th birthday.

A driver has been arrested after taking Kansas City police on a wild chase ending at 8500 block of Hickman Mills Drive.Officer noticed a white pickup truck that was driving erratically in the area of 76th Street and Bristol Avenue.When authorities tried to pull the truck over, the driver backed into the patrol car.A pursuit ensued going from Kansas City, Missouri to Raytown before returning to Kansas City.The driver rammed a few more police vehicles before being taken into custody.The suspect has minor injuries and will be tested for driving while impaired.

WASHINGTON -- President Donald Trump is giving most federal workers the gift of an extra day off this holiday season. The President issued an executive order Tuesday ordering that all executive departments and federal agencies close on Tuesday, December 24 in honor of Christmas Eve.


Boohoo has teamed up with Victoria's Secret Angels for its Christmas party edit | Her.ie

1 month ago Brought to you by Boohoo. It might only be the first week of November but we're already thinking about all the Christmas parties. Whether it's the work party, the mate's get-together, 12 pubs or the annual girls night out, there are so many events happening over the Christmas season that we need to be prepared.

A Republican lawmaker on Wednesday asserted that Jesus Christ had more due process before his crucifixion than President Donald Trump has received during the House impeachment inquiry.

A federal appeals court upheld a lower court's ruling that a key aspect of the ObamaCare law is unconstitutional -- setting up another likely Supreme Court showdown in a presidential election year. The 5th Circuit U.S.


North Korea could gift the US a long-range missile for Christmas, MIT professor says

Kim Jong Un had previously given the U.S. a vague deadline to change course on nuclear talks. Earlier this month, state media quoted a top North Korean official saying "it is entirely up to the U.S. what Christmas gift it will select to get."


Shawnee police hand out cash with help of Secret Santa

Shawnee police helped spread a little joy Wednesday with the help of Secret Santa."Find a few cars to stop and hand out some money," said police Officer Ryanne Stevens.Stevens is on a mission to hand out $100 bills donated by an anonymous Secret Santa.It doesn't take long to make her first move.


How the Chiefs are showing championship camaraderie

"They're setting a new NFL record for snow angels - that's for sure." CBS color commentator Dan Fouts' observation during the Kansas City Chiefs' 23-3 victory over the Denver Broncos summed up the day pretty well. Their dominant victory over a motivated division rival gave players plenty of chances to celebrate.

Listen Up For Old School Sounds Coming To Kansas City 2020

KANSAS CITY, MO (KCTV) -- Def Leppard and Mötley Crüe will take the stage at Kauffman Stadium this summer. The bands will be joined by Poison and Joan Jett & The Blackhearts when "The Stadium Tour" stops in Kansas City on June 23, 2020. Tickets go on sale Jan.


Partly cloudy, warmer for your Thursday

More down than up.

After all-night rounds of stud poker, Josephine woke up the next morning at the craps table!!!