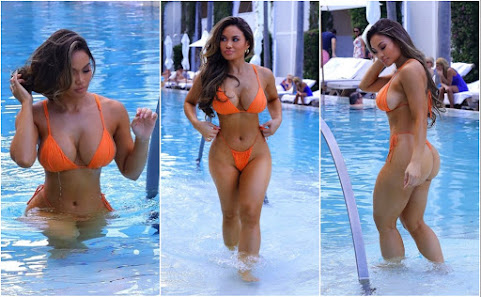 Quick look at the top news links for the midday along with a peek at pop culture, fast fashion and community news . . .

KANSAS CITY, Mo. - The city of Kansas City, Missouri, is poised to purchase the surface parking lot at the southwest corner of West 12th Street and Broadway Boulevard, directly across from the Convention Center. One reason the city considered the property is the redesign of the Barney Allis Plaza, which will eliminate most of the parking beneath the square.

Midtown KC Now has hired a new executive to lead the organization. The nonprofit named Kevin Klinkenberg as executive director, effective Dec. 19. Klinkenberg replaces Diane Burnette, who worked with the organization for more than 16 years. Burnette left in November and now is vice president of district councils for the Urban Land Institute in Washington, D.C.

KANSAS CITY, Kan. -- Kansas City, Kansas police say a death investigation earlier this week is now being investigated as a homicide. Just after 4:30 p.m. Monday, officers responded to a home near 22nd Street and Franklin Avenue, just south of Parallel Parkway. There they found a man deceased inside.

Climate Change The secular canonization of Greta Thunberg is complete: Time magazine has named her the 2019 Person of the Year, passing over candidates like the Hong Kong protesters or the Trump administration whistleblowers. The designation is fairly arbitrary-how does one exactly quantify influence?-and shouldn't be taken too seriously ( at least not after 2006).

Daphne Joy is known for inspiring her Instagram followers to work out so their body can look its best. But on Friday the ex of 50 Cent - with whom she has the son Sire - inspired her fans to do something else: ignore the haters.

A new portrait of Emiliano Zapata has caused a firestorm of outrage for its portrayal of the Mexican revolutionary hero striking a seductive pose - clad only in a pink sombrero and high heels.

Ivanka Trump says Tuesday's announcement that House Democrats will bring articles of impeachment against her father was "a predetermined outcome" and she is keeping her focus on advancing the White House agenda, which includes securing a vote on a trade deal with Mexico and Canada.


Barring any roadblocks, I-70 Motorsports Park owner excited to restore racing to speedway

ODESSA, Mo. -- After hitting some major roadblocks, it appears I-70 Motorsports Park will get the green light to go racing again at the old I-70 Speedway. The dirt track has announced World of Outlaws, which bills itself as the "Greatest Show on Dirt," will be I-70's opening event in May.

KANSAS CITY, Mo. - Some local kids got the chance to cross a few items off their Christmas list Tuesday. Hallmark donated a shopping spree to the Boys and Girls Club of Kansas City. Each child received $100 to spend as they wished. Volunteers helped the kids shop.

KANSAS CITY, MO (KCTV) -- A student group at a local university is putting an emphasis on helping students' stress this holiday season as anxiety looms over finals and family. A new survey shows more than half of Americans dread the holidays because of the stress that comes with spending, hosting and traveling.