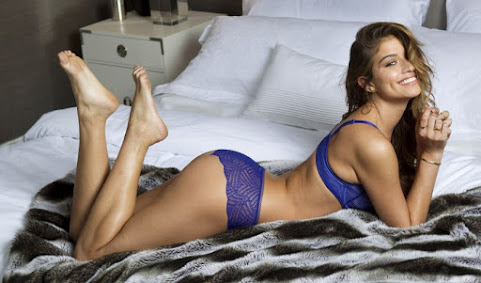 It was just about a year ago that a video of a North Kansas City police officer rescuing a small kitten from Interstate 29 went viral.Since then, that feline, named Bella, has become somewhat of a celebrity, with a social media cat walk like none other.

KANSAS CITY, Mo. - U.S. Secretary of Agriculture Sonny Perdue said Friday that he has "absolutely zero regrets" about moving the headquarters of two research agencies from Washington, D.C., to Kansas City, despite continuing criticism that the move would harm agricultural research and make it less available to federal lawmakers.


How Small Lingerie Stores Work Hard to Honor Your Body

After a day out running unsexy errands, I wanted to balance out my productivity with something hot. I was near a shopping center with a Victoria's Secret and decided to finally purchase an item I always wanted: a garter belt. So in I went, with my bags of melting groceries, and searched.

(RNS) - A group of Latina Muslims in San Diego is raising money to build a shelter across the border in Tijuana, Mexico, to not only assist the surge of migrants there, but also to help those who are deported from the United States.

On Thursday, the state-subsidized Metropolitan Transportation Authority held its monthly board meeting, and it was nothing but bad news: a $700 million deficit has ballooned by another half-billion dollars. You'd think the mayor and his would-be successor, City Council Speaker Corey Johnson, would be proposing constructive solutions - but instead they're pushing ...

At the corner of St. John and Askew in Kansas City's Historic Northeast is a nondescript red brick and stone building that almost blends with the surrounding neighborhood. The exterior stands in contrast to lively Spanish language movies being screened inside.

KANSAS CITY, Mo. -- Mark Nutsch and his team of Green Berets inspired last year's movie "12 Strong," starring Chris Hemsworth. Hemsworth played the detachment commander of the U.S. Army Special Forces 12-man team that was among the first to land in Afghanistan after the attacks on Sept. 11.

BLUE SPRINGS, Mo. - One day after threatening to close the Welcome Inn in Blue Springs for "repeated violations," the Jackson County Environmental Health Department accepted an appeal to keep the roach-infested hotel open if it undertake promised renovations.

OVERLAND PARK, Kan. -- Walmart is adding a new enterprise to its long list of services. This one might be a win for shoppers, kids and anyone who plays video games. The Overland Park location off 159th Street and Metcalf Avenue is opening an Esports Arena on Saturday.

KANSAS CITY, MO (KCTV) - Police officers around the country are seeing firsthand the deadly effects of fentanyl, using Narcan and CPR to try to save lives from the deadly and potent drug. Now, Kansas City officers have a tool called TruNarc at every patrol station to test for fentanyl and other drugs that is safer than previous tests.

"NFL 100 Greatest" ranks the top 100 teams in NFL history, and the 1969 Kansas City Chiefs -- who defeated the Minnesota Vikings in Super Bowl IV behind the play of Hall of Famers in quarterback Len Dawson, defensive tackle Buck Buchanan . . .


Warm, breezy for your Saturday

TO 20 MPH AT TIMES. SPOTY SHOWERS WILL BEOSSIBLE SUNDAY MNING, MAINLY BEFORE 9 AM. HIGHS WILL BE INHE 50S TO NEAR 60 DEGES THROUGH NEXT WEDNESDA COOLER TEERATURES AND RAIN RETURN WEDNESDAY THROUGH LATNEXT WEEK. THE 40S WITH LOWS IN THE Overnight lows will fall to near 30 degrees.

Autumn rule of more kc garbage and excuses. Sorry T, your town is a dump.

Am i the only one who is sick of beating about 1969 chiefs? How about the modern day team do something

^^^^Yes dummy, you are the only one. Also, please not we are all sick of hearing from you too!

Oh Chimpy. Are lonely in the zoo? Lol

805 Shouldnt you be at some protest burning your bra ?