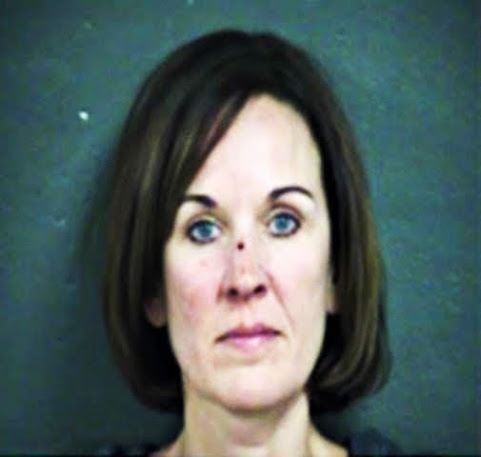 C'mon, everybody saw that coming . . . A quickie recap:

"Newcomer Christian Ramirez defeated long-time Unified Government Commissioner Ann Brandau-Murguia in their contest for Kansas City, Kansas’ 3rd District. Ramirez, a Rosedale resident and employee for Johnson County Parks and Recreation, won with 54% of the vote to Brandau-Murguia’s 45%, according to unofficial results."

Mr. Ramierez is a hopeful nobody and Ms. Brandau is no longer a real Murguia.

Sketchy development deals and her brash style made this an inevitability and not really a progressive or good government win. If this the start of a move to clean up The Dottee . . . We expect the conclusion sometime shortly thereafter.

The zipper mark on her nose was her undoing.

Not been a good year for Little Annie, has it?
First Hubby gets called out on being a sexual predator scumbag and then this - too flippin' bad, Babes!

Well what a great day for the people of the dotte. Now let's sit back and see what crazy stunt she does now because I'm telling you she is angry!

@8:05, that's not a zipper mark - she's married to a Mexican, and they always start slapping their women around when they can't get it up!

She can come see me. Nice big titties love to suck them.

Ann has a very nice set of tits

The Great Unified Whatever of KCK

Ann is brash but she got a lot of shit done. She had the audacity to not kiss all ass and go with the flow. Some of these commission seat vote totals are less than a high school student council election. Big time aren't they. Do any of her ex in laws actually work in the private sector or are they all government Wonks?

I'll bet the sun came up this morning in KCK!

I bet it isn't as good as most of you think it is.

It appears that the trashy folk in the Dotte don't want someone trashier than them as a leader.

Ann is going to be really mad. I hope she doesn’t get liquored up and beat the shit out of someone. Her tits are really nice.

I'm 30 years old ill fuck her until she moans


There is some serious Breast Fixation in this group. And some latent Homosexual Tendencies! It's called over-compensation. The LHT are winning