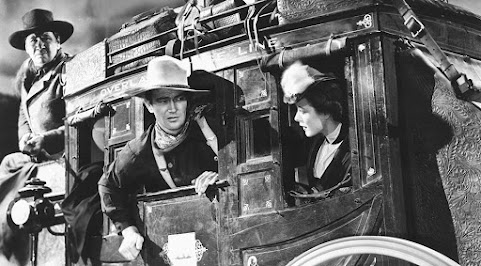 Far too many suburbanites made the worst possible use of their pricey mobile phones and sparked alarm overnight.

The behavior is symptomatic of so many angry comments on this blog everyday. Panicked, indignant, self-righteous and certain that somebody is coming to steal their cheese despite a great deal of evidence that their fading fortunes don't even register a blip on the radar of anybody but their frenemies.

Police were forced to continually calm the crowd that refused to believe social media sharing hysteria didn't equal any alarm in the real world.

Dive into that thread and witness "Karen" and her many clones swearing up & down that somebody was shot despite constant assurances to the contrary.

A poor soul taking a fall sparked panic and livened up what seems like a pretty lame way to spend a Saturday night when, in fact, running to keyboard to argue with strangers is a lot more entertaining.

TVs kinda ramped up the drama but basically helped Olathe police give the all-clear in the end.

KMBC: Reports of gunfire cause panic at Old Settlers event

Nothing happened but a disturbing demonstration of quiet lives of suburban desperation lashing out against the silence of the digital void.

Actually, Old Settler's day is a great event and a good time was had by all. Only the media choses to constantly focus on the negative.

^^^^ that's a matter of opinion, dude. The panic broke out because the thing is so boring and people had to invent their own excitement rather than suffer what the venue had offered. A D list Country singer.

Old Settlers day isn't what it was a few years ago. A different kind of crowd attends now and is the reason for sparked tensions in the crowd. Don't let anyone fool you this particular story might have been fake but there was plenty of drama that was real to take its place. Some will say nothing happened but those of us on the inside know that plenty happened that is not getting made public. Walk around the crowds and monitor the PD, EMS and Fire airways and then you'll know for sure what was really happening.

^^^^ Nothing happened. All in your mind old man.

My cousin's, sister's aunt's friend says she heard the shooting and then we saw the guy pass out at 31 flavors.

Angry housewives can ruin any event. They are the real enemy of a good time.

Middle aged married white women in Johnson county........ what more needs to be said, they’re lives revolve around being seen and heard so.....

Must’ve been a bunch of blacks out there making their usual ridiculous scenes, she could’ve been a hero and scared the murderous black thugs from using their guns by alerting the police..... smartest move of the day!

@6:59
Your cousin’s sister is still your cousin.

Her aunt is your mom.

Your mom has no friends.

@7:21, please fasten your tin foil hat just a bit tighter. Why should anybody believe you over the police. Stop trolling and get back to work collecting cans to help Trump.

7:25 Trump doesn’t need anybody collecting cans for him, the dummocraps on the other hand......

Unfortunately I was there with my 2 kids and other family. Me and my babies left just in time. Something did happen because I have a little brother who was and is pretty shooken up about what he seen while there. It is probably just a cover up so that they can continue to have the event in the future.

^^Hell yes it's the truth, City of Olathe goes to great lengths to coverer up all the bad in that town same as Kansas City Mo does. Wanna see the future of Olathe just swing by and visit Olathe North High School. I kid you not you would think you're in a KCPS building. 6:58 your comment amply proves you're not from or live in Olathe.

If you want to cut down on disturbances at any of these large events, fence off the area and charge an admission fee. That keeps a lot of the riffraff from attending. The Irish Fest is one example of this.

TOP PHOTO -- PUT UP YOUR DUKES

Following the failure of the ToyTrain streetcar, City Hall reached further back in time to implement a stagecoach transportation system called The War Wagon!!!

Nothing happened but a disturbing demonstration of quiet lives of suburban desperation lashing out against the silence of the digital void.

As a mom who received a frantic phone call from her 12 and 14 year old sons, screaming "Mom, come get us. Gunshots", there are no words to describe this non-incident. They didn't get their news from social media. They got it from the hundreds of people screaming "gunshot" and running. It took me 5 minutes to get to them. The longest 5 minutes of my life! I kept them on the phone and the panic was horrific! It's not a Johnson County thing. It's the society we live in. During those 5 minutes, I didn't know if I was headed toward a mass shooting, personal altercation, or any number of things. My boys will never be the same and neither will I.

This article and all these posts are horrific. True, maybe it was sparked by nothing, or by idiot teenagers which the fair was rampant with, but when 50 people are running full speed at you and your children yelling "There's a gun!" what the fuck are you supposed to do? Stand there and say "Everyone calm down! It's probably nothing!" and throw your kids (you probably dont have them if you left a heartless fuck head comment) to the stampede? No, you stupid fucks, you run and find cover on the small chance that there is an idiot with a gun since some people OWN GUNS and they exist. It was NOT nothing, I was there and it was fucking scary, and unless you were there, you have no business posting or writing about "Karens" considering the entire ordeal was caused by a mass of unsupervised teenagers. Its not Johnson county, no one was scared of being robbed, so stop being an ass and get a real hobby, no one wants to read your stupid troll shit on the internet. Im guessing the persons writing this or the comments is part of the ridiculous teenage mindset that overtook the whole festival that night laughing at fights and laughing at mothers scared for their children, when you grow up one day I hope some young ass hole laughs and you and belittles your very legitimate fears.