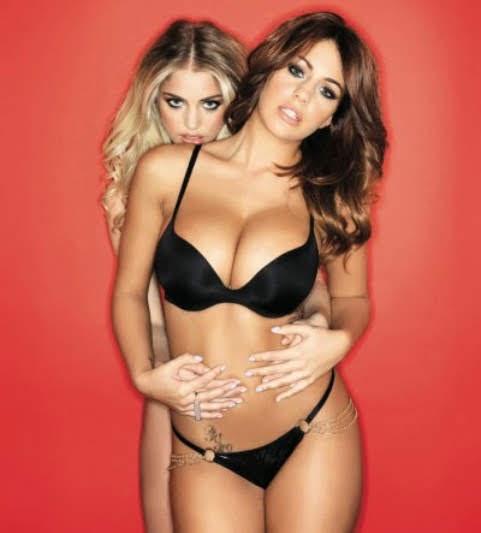 Holly hotness inspires a quick peek at morning news links from a pop culture perspective with respect to lady readers . . . All nine of you.

NPR: 'Vagina Bible' Tackles Health And Politics In A Guide To Female Physiology

Closer to home, here are some of the nicer news links we're checking for the moment:

Soldier On A Mission


Marine walking across the country for homeless veterans comes through KC

IT BEGAN ALMOST ON A WHIM, BUT A MAN WALKING ACROSS THE COUNTRY FOR HOMELESS VETERANS HAS MADE IT TO MISSOURI. HALEY: HE HAS. TODAY, KMBC 9'S WILLIAM JOY CAUGHT UP TO HIM ON THE ROAD, AND SHARES WHY HIS JOURNEY IS SO PERSONAL OK. WE ARE WALKING.

OVERLAND PARK, Kan. -- It's more than beginner's luck. It's a major discovery in the energy industry, and an Overland Park exploration firm helped find it, drilling offshore for the first time. In early August, Kinley Exploration uncovered a huge deposit of oil off the South American coast of Guyana, which is said to be word billions.

PECULIAR, MO (KCTV) -- No question flying is the easiest way to get down to Florida, but for one local charity, that is never an option. Operation BBQ Relief has far too much gear to fly, so volunteers hit the road bringing their brand of relief to the people who could use a good meal.

BLUE SPRINGS, MO (KCTV)-- The Director of Operations quickly checked their surveillance and shared what he found online hoping to reach as many eyes as possible. The suspect casually strolled by the family's truck around 8 a.m. Sunday. He paused, then comes back to take a closer look.


Big Noise and a big show

A main stage crowd that overflowed the city parking lot watched Wynonna and The Big Noise perform Friday night at Independence's Santa-Cali-Gon Days Festival. Saturday's entertainment featured Whitey Morgan and the 78's on the main stage. Festival crowds, which organizers have estimated in past years at about 300,000 over the weekend, had rain-free weather without blazing temperatures this year.


The Easy Guide to Taking Care of Your Health This Semester

When people talk to you about college, one thing they never mention is getting sick. Sure, getting the flu every now and then is normal, but for some of us, we're talking about an endless cycle of waking up ill. I've been sick more times in one semester than I can count on a single hand.

Back To Work Weather

EARLY ON WEDNESDAY AND AGAIN, IT'S A VERY SMALL CHANCE AT BEST. IF YOU ARE HEADING OUT BECAUSE THERE ARE STILL SOME FESTIVALS GOING ON LABOR DAY AND YOU PROBABLY HAVE PLANS. STILL IN THE 8 'S AND DOWN TO 81 DEGREES BY 8:00 AND PARTLY CLEAR SKIES BY 9:00, 79 BY THEN.

I'd think that the auto repair shop would be responsible for the theft of the truck.

You can't trust anyone in Sly's Shit Hole of The Plains

^^and yet sly isn't the mayor and you're the only pants-shitter still talking about him. Weird.

A Bike/Walk KC member, attempting to ride around the World to advance the cause of bicycling, drowned today off the coast of California.

Hey Chimpy what channel is Matlock on?

Find a rich boyfriend or rich old man so you can spend your days taking yoga pose pictures and telling everyone about how wonderful taking personal responsibility for yourself is.

^^Or, we all could do what you did, and fail at everything you touched, alienate all your family and friends, and spend what's left of your life posting ignorant shit on a blog for dying geriatrics! NOT!

Chimpy is on a roll today! Yay Chimpy! Entertain us!!

Oh Chimpy. You ought to know chimps aren't very smart! Did the zookeeper teach you those words? So funny.