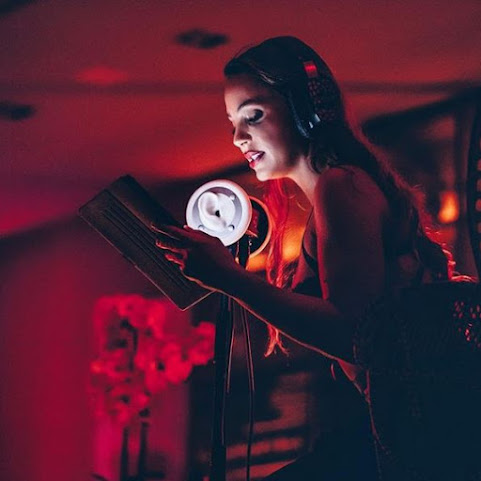 Recently, we noticed that even the denizens of the pr0n game are working on there ASMR grind which continues to work its way into the pop culture. Checkit:

SFC: The tingly trend taking over the Internet

IE: What Does ASMR Do to Your Brain?


Fire on Bonita and Oakley started over big spider

KANSAS CITY, MO (KCTV)- A woman has been charged after setting a house on fire. A woman said the reason behind the damage at a home near Bonita and Oakley was because of a spider. Firefighters put out the flames a week ago and immediately suspected arson.


KCPD officer fighting for her life

418 days ago Sarah Olsen's life changed forever. At 29-years-old, she was diagnosed with ALS. Neal Jones shows you how Olsen's turned her death sentence into a spark that's driven

Shaq is known for lowering the boom on the basketball court, but lately he's been throwing it down as a DJ.Shaquille O'Neal is coming to Kansas City's Power and Light District for "Shaq's Bass All Stars" on Aug. 2 to perform under his DJ name, DJ Diesel.

Unlucky Down By The River

PARKVILLE, Mo. -- Platte County's prosecutor says illegal slot machines are popping up all across Missouri. Now, he's gearing up for a legal battle to potentially banish the video terminals from gas stations, bars and VFW halls across the state.

Relief For The Elders

Temperatures heading into the triple digits this week means seniors are at an increased risk for heat-related injuries.


Arrowheadlines: Is Patrick Mahomes the NFL's top player going into 2019?

Editor's note: This morning, we welcome a new editor to Arrowhead Pride: Top 100 players in the NFL: Aaron Donald, Patrick Mahomes fight for top spot in 2019 rankings | CBS Sports . Tom lives in the United Kingdom. He will be collecting and publishing Arrowheadlines each day - at 11:30 am his time.

FAIRWAY, KS (KCTV) - The hottest air so far this summer is headed our way this week. An Excessive Heat Warning goes into effect Wednesday. This is happening as the remnants of Barry are moving away. Tuesday afternoon the center of Barry, marked with an "L" was just south of St.

Well, it has been over a month since Eric Zahnd had his name in the headlines, so...