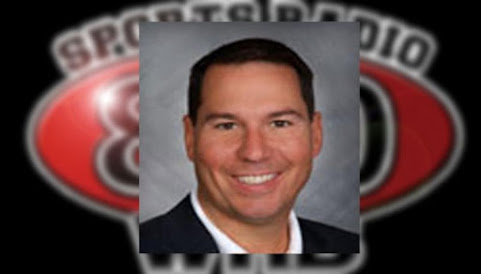 In terms of traffic, comments and insight from some of the really smart people who seem to enjoy our online scribbling, this online community is stronger than it has ever been and right now one of our KICK-ASS BLOG DENIZENS shares thoughtful commentary on the local sports news scene that has enjoyed digital era growth but once again faces pressure to offer quality content after a controversy has threatened editorial autonomy.

HAS THE KK DEPARTURE WEAKENED 810 WHB AND THE INDEPENDENCE OF LOCAL SPORTS TALKERS ALTOGETHER?!?!

We've enjoyed a lot of great conversation on this topic and here's a word that deserves attention as it speaks to changing times whilst the struggle for both revenue and freedom remain constant.

TKC, I find it interesting that KK left or got fired from WHB for being controversial. On Friday, you wrote that Kietzman couldn't hack, "Kansas City Nice." But that's largely why he succeed on the airwaves. He was quick to call out our local sports teams. Something few other sports talkers or writers were willing to do. So much so that Kietzman and Jason Whitlock were the two biggest thorns in Carl Peterson's side during his tenure in Kansas City.

So where does 810 go from now? More then likely they will promote from within. But who? It could be the Border Patrol. But Steven St. John is a infamous jock sniffer and Nate Bukaty worships at the altar of Bill Self and talks WAY too much about Sporting Kansas City. Or it could be Soren Petro who is another jock sniffer who talks stats more then a computer. It could be Todd Lebo but he's better behind the mic reporting and in the locker room then in front of it.

WHB is in trouble.

Its just odd to me. Back in the late '90s this town was begging for the sports media to be harder of the local teams. We were tired of David Glass's cheapness following one losing season after the next. We were tired of King Carl and Mitch Holthus telling us the Chiefs were close to going to the Super Bowl when our own eyes said differently.

If it was just other media and even the chiefs, kietzman would have been okay. The coach might have had to take him in the office and slap him but that would have been the end of it. But with so many people online calling for his head, there was no way he was going to withstand it.

The reader is absolutely right. The times are changing and it doesn't look good for those who want good coverage of their sports teams.

Maybe I agree with some of that but KK was a real dick about it and it was actually his second round of interviews that did him in. His first apology was perfect but he stuck his finger in it. He should have eaten the humble pie in public. Taken a two week suspension and asked for real forgiveness. But him going back on his word was the last straw for his partners, looks like to me.

If he got a podcast, he'd could probably take half of 810's advertisers and deliver better numbers than all of his coworkers put together. I don't hate him and sometimes he's overly critical but I always felt like he had the best interests of the team at heart.

What I really need is Nate Bukaty talking about whiffle ball. The SSJ sob story. Whatever. We all have shit. Sorry Steve. KK got lazy. That's what killed him. The only person who can get hired is Petro. You are all TOAST.

WHB has been in trouble for years.

Obvious that 810WHB cannot afford sponsor crisis. They are hurting. Can they even afford to buy out KK? I bet it is structured. Era over.

His real mistake was bringing Reid's family into it.

He crossed the line when he brought Reid's family members into the conversation.


Yes, call out the players, call out coaches, call out teams, but when it comes to criticism it has LONG BEEN PROTOCOL not to bring those people's family into the discussion.


By the way, the HUNT family is more to blame for the Chief's off field problems than Andy Reid. They write the checks and set the standards.


Even before this, KK continued to talk about Tyreek as if he actually knew facts, none of us yet know. He tried to compare the situation directly to Kareem's and that is ridiculous. KK has been out of control for a while and acted like he owned the place, lol. Even owners owe a certain decorum

Are most of you fookin kidding ! Kietz has improved steadily over the years as he has become more like Petro on the practical side of sport that makes for the best entertainment. His choice was to actually voice an opinion on the political side, whereas Petro would let you know how he felt by simply not talking about it and letting an oh-so-brief fart go off while pointing to it. Petro's system is the best, and because he does not actively cater to the Kapernick SJWs is the only reason he has not gone national. I've listened to em all for over 20 years, and Petro's show tops anything including Cowherd. Kietz, you could tell, was fed up with politically correct world, and actually had a commercial free truth laden rant 2 weeks ago that went about 25 minutes. Petro never makes that mistake, but that was the best I ever heard Kietz and I thought he should run for mayor. If you have half a brain and understand what makes for good conversation, you know that the black oriented 610 is unlistenable. Sounds like a bunch of drunk 5th graders who think that sitcoms are the height of sophisticated humor. Only Ben Mowler saves 610 between 1 and 5 AM. The local guys are awful but in a promote according to black culture, they will take over. Radio has undergone the same devilish agenda that the Star and all media has whored to. Think you can listen to another PSA with the Bannana Slug or "whats your favorite color" ? Real radio listeners know what I be talking bout.

KK was the only weak link in a strong WHB line up. They are much better off without him and they can now fix his broken time slot.

With who- promote Josh Briscoe ? He is almost worse than the clowns at 610. Total frat boy mentality who seems to have never read a book. Jumps on the social justice wagon for 60% of show content- yeah it'll probably be that ass clown.

Here is the future and you read it here first:

A new guest every week.
It will be anyone in the public... off the street who volunteered
They will talk sports
If rating are high by Wednesday- they get to stay another week
Look at Jeopardy James for how long some could stay
Advertisers love this idea
Someone copyright this idea and make a mint

KK had been mailing it in for years. His days of passionately following local or national sports were long behind him. Who's up next?

All of WHB save for Petro has been going downhill for years. This will further hurt them and help 610.
Look for KK to get on some other station and directly compete with 810. His ego is to large to take this lying down.

No doubt the Chiefs got him canned but it won't help them in the long run. They sold their soul to the devil but still won't make the Super Bowl. The national anthem curse is too strong.

For some reason our society believes the exceptions are the excuses to modify the rules. Yes, we want our sports talk to hold our teams accountable, but that doesn’t give anyone the right to cross a boundary like KK did. So for the one time this clown went well over the line, you can’t use the argument that it is what “we wanted” or that it is “his job”. He didn’t do his job well in this case and is paying the price for it. No exceptions, no excuses.

KK was the second-best host at WHB. So, hosts can talk about Hill's family but not Reid's (in a much more indirect way) because the police weren't called? Wait, I'm guessing they were called in both cases. Either way, I'm sure the KU fans took to social media to turn this pebble into a giant snowball. Petro is the best when he's not in a sour mood or sucking up to Bill Self (Petro's wife is a KU grad) and checks his ego at the door. St. John should be on comedy radio, not sports talk. Bukaty as a sidekick and backup is painful to listen to because he doesn't have a good voice for radio, can't criticize KU with any unbiased perspective or doesn't have any nuggets of wisdom outside of soccer. I hope they're not paying him above minimum wage.

Is anyone listening to the show today (Monday) without KK? Talk about PAINFUL! I think the Radio Broadcasting Club in middle school would have put together a better show.

Kietzman cares more about his golf game than KC sports. Check his handicap records on ghin.com. For all the buzz about his charitable leadership, the only board he lends his name to is the Midwest Section PGA. I am sure he gets his salary for at least a year, he is the big winner.