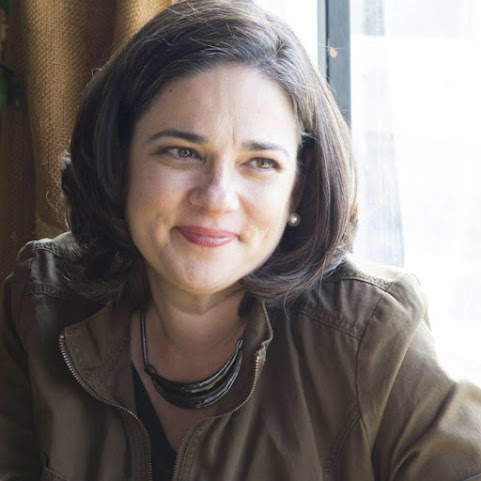 As the note reminds voters, amid a national debate on the right to live vs. the rights of women AND the Missouri 8-week "heartbeat bill" abortion ban -- This wedge issue might inspire more women to the ballot box.

#VOTEPROCHOICE co-founder Heidi L. Sieck: "Jolie has a fierce record of standing up for women's rights"

"Today a circuit court could shut down Missouri's very last abortion clinic. That will make Missouri the first state with zero abortion clinics—the beginning of the end of reproductive rights in our country. If it wasn't clear before, Missouri makes it clear now: we are in the fight of our lives to save reproductive freedom, and that fight will begin and end on the local level," said #VOTEPROCHOICE co-founder Heidi L. Sieck. "This relentless wave of abortion bans is a result of a ruthless, decades-long Republican strategy to pour money into city halls and state legislatures from coast to coast. We must fight back. That's why we are proud to endorse Jolie Justus for Kansas City Mayor."


Sieck continued, "In both the Kansas City Council and the Missouri State Senate, Jolie has a fierce record of standing up for women's rights, racial justice, and economic equality. And as a lifelong Missourian, she has shown her commitment to fighting for her people. Missouri needs a champion for choice—and Jolie has been that champion for decades. Missouri voters: make sure you get to the ballot box on June 18th. Voting for Jolie is a critical step towards taking back city halls--and taking back the rights to our own bodies."

"I am extremely proud to have earned the endorsement of #VOTEPROCHOICE. Their support and their efforts are particularly critical right now given the extreme, anti-choice legislation passed in Missouri and the attacks on reproductive rights across the country," said Kansas City Mayoral candidate Jolie Justus on the endorsement of #VOTEPROCHOICE. "As the next mayor of Kansas City, I will continue to stand with women and families to be a vocal advocate for reproductive rights, affordable health care, and economic opportunities."

About #VOTEPROCHOICE: #VOTEPROCHOICE mobilizes the 77% of American voters who are prochoice with essential information to vote prochoice in every election. Our reproductive freedom is under attack — so we’re building an army of prochoice candidates and voters to fight back. We provide the nation’s prochoice majority with voting information to vote prochoice in every election, and we support prochoice champions in critical races where reproductive freedom is at stake.
###
Posted by Tony at 6/06/2019 07:01:00 PM

Baby killing is a tough issue to win on. Good luck with that Jolie.

^^^^ WRONG. This issue will drove voters to the polls. Women are getting ready to kick Trump out of office too.

7:09 listen dummy, and this is key, abortion has nothing to do with killa shitty, it’s a state issue and what does President Trump have to do with any of this? You are terribly confused on the issues of killa shitty.


She's a cold blooded killer! What gives her the right to live?????? I absolutely HATE this fat grotesque psychopath.

^^^ Have to agree. I think this is a bad move for Jolie. She should really look at the stats, most people don't support abortion and this of it as a sad situation. It's not something you want to build your campaign on.

People who hate women will vote for Quinton. That will not win him the election. Jolie is supporting the rights of voters and healthcare to benefit all of the community. THAT is why she is the better candidate.

Who else if running besides the two losers Quinton and Jolie?

Lucas backers should send out a mailer with a big cucumber and/or an eggplant on it with heading "TO JOLIE JUSTUS THESE AREN'T JUST VEGETABLES'.

We just spent 8 years getting nothing out of Jeff City under Slie...JoLie will just be more of the same.

^^^ Lucas is to sensitive (gay) to do something so mean! Hahahahaha!

Did sLIE and clowncil acknowledge D-Day today? Did the two queers I mean, candidates running for mayor have anything to say?

@6/6/19, 7:36 PM I'm a woman and I know many other women that are giving their vote to Quinton. Jolie Justus represents what she is and who she aspires to live among. She's an upper-middle class white woman who cares mainly for upper-middle class white women. She aspires to be accepted and live among rich white men. LGBTQ, be damned! If she has to decide between pleasing rich white men - who in fact don't like women, and any other group - the other groups lose. Pro choice proponents, in-general, fight for the rights of white women. JoLie would not be the best choice for KC. She will be the best choice for middle/upper middle class and wealthy whites. She's a phony. The only good thing about her possibly winning is SHE WON'T BE RUNNING THE CITY. WHOEVER IS PULLING HER STRINGS WILL. By the way, she's also a liar. Her negative ads about Quinton that she claims to know little of. She's showing her colors and how she really sees Quinton - as nigga.

@6/6/19, 10:12 PM I have found the people that scream "gay" the loudest are in fact gay. Why don't you worry less about Lucas (and Justus) and come on out of the closet, or stay in the closet, but stay the fuck off of the computer.

Abortion rights issue for two candidates that will never have children. Think about it.

10:24, I doubt that you have found any such thing. Maybe you imagined it. Pretending is so much fun.