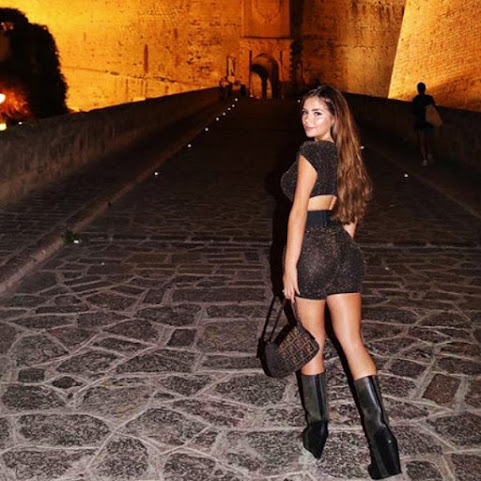 Tonight we're inspired by Instagram hottie Demi posing near the great wall of Old Town Ibiza that's probably built to keep out all the po'folk and all those without sponsorship deals -- As is the case with most walls.

The doors at 3933 Main St. are locked tight, but the startup journey once housed inside them is far from over, teased AbdulRasheed Yahaya. "Local Legends isn't going anywhere ... unless we're talking about the video game truck. That's going everywhere," said Yahaya, owner of Local Legends Gaming - an eSports and gaming business that started as a mobile gaming truck.

This summer, Heart of America Shakespeare Festival is trying something new in Southmoreland Park: a play not written by William Shakespeare. The organization has updated its mission to expand the repertoire and showcase works inspired by the English poet and playwright.


Amtrak service to be partially restored between KC, STL

KANSAS CITY, Mo. - Amtrak will partially restore rail service this week between Kansas City and St. Louis after flooding forced a temporary suspension in May. Beginning Thursday, morning departures from both cities will operate again on the Missouri River Route, Amtrak said in a news release.

Hundreds of volunteers are spending the next two weeks making improvements to a local school. Truckloads of supplies rolled into the African-Centered College Preparatory Academy on Wednesday."You know, this is day one, and we have eight more to go," said volunteer Fred Rock.Hundreds of helping hands will use box after box of supplies to make A.C.

LEE'S SUMMIT, MO (KCTV) -- On the topic of domestic violence, Hope House CEO Mary Anne Metheny said a lot has changed in 25 years, but we still have a long way to go.

Good actors. Good director. Interesting play with a self-indulgent sense of humor and a salient point to make. The Unicorn Theatre closes its 2018-29 season with a lively production of Lauren Gunderson's "The Revolutionists," a two-act piece that could be described, more or less, as a feminist meta-comedy set in 18th-century France - a time and place when an outspoken woman could lose her head by guillotine as easily as any man.

Too much drama, sorry T.

“Bullet train”?? Referring to the river runner? LOL you look out the window and see the cars on 50 highway flying by you. Plus endless delays awaiting freight trains. Or breakdowns / switching delays. Happy we have river runner line 2x a day service btwn KC & StL (a MoDOT program) but not high speed rail at all.

-Radish on the rails, stuck in California MO waiting for Union Pacific freight

River runner is actually a great resource, glad it's going to be back in service soon.

And it's you're not your as in you're ignorant and selfish!

The train is slow but it also affords the opportunity to show up hammered upon arrival.

Gamer dude seyz da racis' be what closed down his joint 'cause westport isn't inclusive or diverse. Yet he's moving specifically due to the wonders of being inclusive of diversity in Westport. Holy crap, you can't fix the disease that is liberalism. It is a high-level mental disorder.