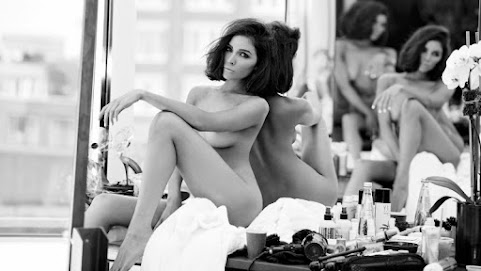 This morning a model/actress/beauty queen hottie brings the topic of good taste and shared promo pictorials to the forefront as her provocative pix offer an MSM tease whilst social media denizens want to let it all hang out . . .

Closer to home, we undress these news links . . .

When it comes to fighting blight in his east Kansas City neighborhood, Dale Fugate sometimes takes matters into his own hands during neighborhood clean-ups. "I'm a little bolder than a lot of people, and I just take a trash bag up and clean the front yard up and somebody might complain, I don't know," said Fugate, who helped start the McCoy Park Neighbors group.


Keeping pools open a struggle for some Kansas communities

For several towns and cities across Kansas, keeping pools open every summer can be a challenge as they seem to constantly face expensive maintenance issues due to aging infrastructure. One example is Pratt where the city Tuesday had to close its pool and drain the water because of complaints about children's feet bleeding from irritation.


KC man wants to 'clean up' health of neighborhood

KANSAS CITY, Mo. - A Kansas City man known for building a golf course in his childhood neighborhood is hoping to transform his community once again. Chris Harris has spent the last 20 years located at Wayne Avenue and 40th Street. It's a neighborhood that faces health challenges, according to the Kansas City, Missouri, Health Department.

KANSAS CITY, MO (AP) -- Adalberto Mondesi and Terrance Gore used their speed to help the Kansas City Royals rally for a win. Mondesi and Jorge Soler had consecutive one-out doubles in the eighth inning to tie it, and pinch-runner Gore stole third and scored the go-ahead run on Cheslor Cuthbert's ensuing single to lead the Royals to a 3-2 victory over the Detroit Tigers on Tuesday night.

After more than three decades in Lenexa, Hayward's Pit BBQ has moved. The barbecue standby is now open at 10901 W. 75th St. in Shawnee, Kansas.

^^^ Is your hand named Olivia? Loser.

Unlike so many of her contemporaries, that Olivia seems fit and healthy. it's nice not to see a bony hip or a pubis mound protruding out like a starving Ethiopian.

Kansas towns so poor they can't afford to keep swimming pools operating. Years and years of Republican rule have left this once-proud state wrecked. The word "Kansas" is becoming a synonym for "impoverished rural slum." (Yah yah. But you can keep the Porsche if you're in the JoCo.)