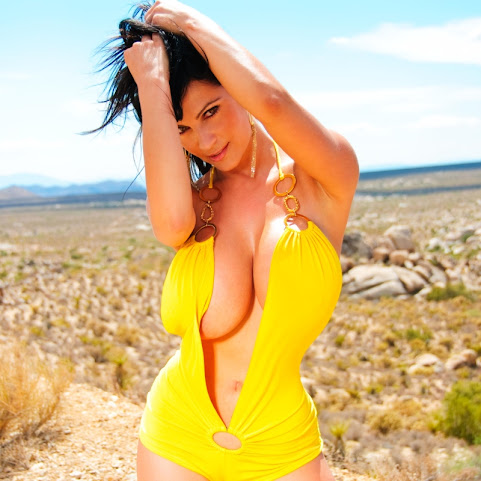 On this increasingly hot Tuesday, we notice that one of our all-time faves hottie Denise is already 42 and that inspiring newsworthy factoid leads us to these pop culture links:

Insider: Giant inflatable boobs appeared across London on Sunday — and if they make you feel uncomfortable, the message worked

Closer to home, here's a look at the midday local news links:


Another Season Of Hype Awaits


Chiefs release preseason schedule for 2019; all aired on KCTV5

FAIRWAY, KS (KCTV) -- The Kansas City Chiefs announced its 2019 preseason schedule on Tuesday. They will kick off their preseason schedule at Arrowhead Stadium against the Cincinnati Bengals followed by a road trip to Pittsburgh in preseason week two.

From one of Kansas City's most popular breweries to a startup that streamlines the RFP process to an apparel company known for its big heart, 10 small businesses received surprise visits Friday - each now a finalist for the prestigious Mr. K Award.

Upcoming Thunderstorms Could Kill You??? Probably Not But KMBC Offers A Fun Fact For Scaring Friends, Family & Frenemies

KANSAS CITY, Mo. -- It's known as "catfishing," and one Northland family said their loved one fell victim to an online Romeo shortly before her passing in February. That would-be lover boy convinced the senior woman to wire him thousands of dollars. They called her "Aunt Jean," but she was Shirley Browning to everyone else.


The Kansas Music Hall of Fame needs to expand its horizons

The Kansas Music Hall of Fame's 2019 induction ceremony takes place this Saturday, April 13, at Liberty Hall in Lawrence. It's a good opportunity to reflect on some notable local musicians who've made an impact on a larger scale.

Get The Lead Out Missouri

Lead was removed from most consumer products, like pencils and pipes, long ago. There's still one product where lead is used routinely - ammunition. This final holdout is becoming more heavily regulated, however. Beginning this spring, hunters in Missouri will no longer be allowed to use lead shot in specific conservation areas across the state.


Family, Missing And Otherwise, Is A Theme Among 174 Movies At Kansas City FilmFest

Kansas City filmmaker Brian Rose spent six years working on his new movie, even after he realized there would be no answers to the problem he was trying to solve. His feature-length documentary, " When I Last Saw Jesse," details the events surrounding the 2006 disappearance of Belton teenager Jesse Ross and what's happened in the years since.

Threre has not been a single good band to come out of Kansas City in my lifetime.

And if you say Puddle of Mudd well then I'll just about shit myself laughing.

^^^^^No only failure around here is you.

After fending off multiple "bores" Denise began acting strange and some suggested I get rid of her, but "putting her down" was to pleasurable to give up!!!